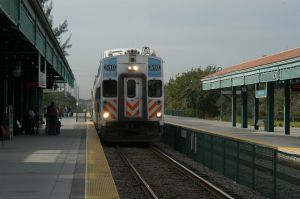 According to an article in the MetroWest Daily News, a man was arrested for assaulting and attempting to rob another man at the West Natick MBTA station this past Thursday. The article states that the police went to the station for a report of fight. When they arrived, they saw the defendant, who told the officers that another man had punched him in the face for no reason. He further stated that he and the other man were talking about God when the man punched him. The police located the other man, who was on the train and he admitted to punching the defendant. The man further claimed that the defendant had attacked him. He stated that the defendant had approached him, began talking about religion, and “aggressively asked for money.” The man reportedly told the defendant that he did not have any money and the defendant reportedly pulled the man into a “bear hug” and was yelling at him. It was at this point that the man punched him. The defendant released the man, but then allegedly threatened to stab him. For reasons that are not entirely clear, the police determined that the man should be credited over the defendant and they arrested the defendant on charges of assault and battery, attempted unarmed robbery, and threatening to commit a crime.

While the other man’s account, if credited, does appear to make out the elements of assault and battery and threats, the defendant may have a motion to dismiss the attempted unarmed robbery charge. To prove that he attempted to commit an unarmed robbery under G. L. c . 274, § 6, the Commonwealth would have to demonstrate the following beyond a reasonable doubt: (1) that the defendant had the specific intent to commit an unarmed robbery; and (2) that he took an overt act toward committing that crime, which was part of carrying out the crime, and came reasonably close to actually carrying out that crime. Under G. L. c. 265, § 19, the elements of unarmed robbery are: (1) that a defendant either applied actual force and violence to the body of the victim or put the victim in fear by threatening words or gestures; (2) that the defendant took money or other property with the intent to steal it; and (3) that the defendant took the money or other property from the immediate control of the victim.

Given the facts as alleged by the man that punched the defendant, there appears to be a serious question as to whether the defendant’s conduct does in fact constitute an attempt to commit a robbery. While the defendant may have “aggressively” asked the man for money, there is no indication that he was rifling through the man’s pockets or attempting to take anything from his person when he allegedly bear hugged the man, nor is there any indication that he was saying anything about money while engaging in this purported behavior. Further complicating the Commonwealth’s argument, both the man and the defendant acknowledge that there was an ongoing discussion about religion during this interaction. Misguided as the defendant’s conduct may have been, it is entirely plausible that he was making an attempt to persuade the man of his religious views rather than steal the man’s money.

In addition to these issues, there also appears to be some questions about the man’s credibility. First, it does not appear that this man made any effort to contact the police after reportedly being attacked. This failure to alert authorities makes his version of events somewhat questionable, as one would expect a person who was in fact assaulted in the way that the man claims to have been to contact the police. Additionally, there do not appear to be any other witnesses who corroborate the man’s story, even though there were presumably at least some other individuals on the train. Lastly, the fact that the man punched the defendant means that he engaged in some criminal behavior himself, providing a further incentive to shade the incident in his favor and thereby undermining his credibility.

Ultimately, this case comes down to whom to believe: the defendant or the other man. Given the other man’s description of events in conjunction with his conduct, the defendant’s lawyer appears to have some strong arguments that the man is not being forthcoming about what actually happened, and that the defendant, while perhaps making the man uncomfortable, did not engage in any criminal behavior. If you or a loved one is likewise charged in a case that comes down to a he said/she said, you will need a lawyer who is able to effectively call the credibiity of  the witness’ testimony into question. Attorney Daniel Cappetta thoroughly investigates each and every one of his cases and knows how to skillfully cross-examine witnesses to expose credibility issues and weaknesses in the Commonwealth’s argument. Call him for a free consultation today.