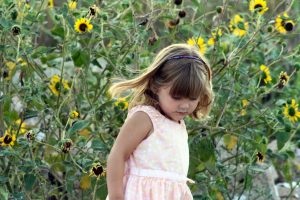 In Commonwealth v. Santos, a case of first impression, the Appeals Court reversed the dismissal of the complaint charging the defendant with reckless endangerment of a child under G.L. c.265, §13L, which was based on the defendant’s inadequate supervision of her daughter.

The application for a complaint alleged as follows. At 10:50 a.m. on a day in May, the police received “a report of a [three year old] female child found wandering alone in the playground” of an elementary school. The officer who was dispatched to the scene (Wood) “recalled that [several weeks earlier], school employees had reported finding the same child alone in the playground. Another officer had responded to that call, located the child’s mother (the defendant), and reunited her with the child.” When Wood arrived at the school, he “was directed to the nurse’s office where he saw the child. She was wearing a T-shirt and diaper and had bare feet, but was in good health with no cuts or abrasions…. Meanwhile, based on information from the [earlier] incident,” another officer (Donahue) was dispatched to an apartment located two-tenths of a mile from the school. “Though he rang the doorbell and pounded on the door repeatedly, he received no response.

After dispatch placed a telephone call to the apartment, the defendant came to the door…. It appeared to Donahue that the defendant had just awoken from sleeping and she was not alarmed, panicked, or crying. She also did not ask Donahue for help finding the child. Donahue asked the defendant if she knew where her daughter was, and she replied, “At the playground?” The defendant explained that she had set the child down in the living room to watch cartoons while she went to the upstairs bathroom for approximately ten to fifteen minutes to attend to “women problems.” When she came back down, the child was gone; the door to the apartment was open; and the key to the deadbolt had been inserted from the inside. The defendant said that she looked for the child for approximately ten minutes and then just assumed she was playing with a neighbor[’]s child. When Donahue asked why she did not call 911, the defendant replied, “That was my mistake.” Donahue drove the defendant to the school and reunited her with the child. The child’s father also arrived at the school…. [He] stated that after [the earlier] incident he installed a deadbolt on the apartment door and instructed family members to hang the key on a high hook in the kitchen. The defendant believed, however, that her teenage son may have instead left the key on the counter where the child could reach it.” The defendant was charged with reckless endangerment of a child under G.L. c.265, §13L. She filed a motion to dismiss the complaint, which the judge allowed for “lack of probable cause.” The Commonwealth appealed. END_OF_DOCUMENT_TOKEN_TO_BE_REPLACED 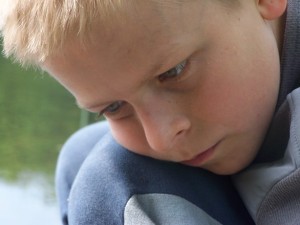 According to an article in the MetroWest Daily News, a Holliston man was recently arrested for slapping his four year old son. The article states that the defendnt was on a supervised visit with his two children – the alleged victim and his older brother, who is seven years old. During the visit, the defendant reportedly slapped the four year old in the head because he refused to stay in his time out. The child apparently fell backwards as a result and hit his head on a doorframe, which caused a lump to form on his head. After this occurred, the defendant spoke with the children’s mother and relayed what had happened. As a result of the incident, the defendant was arrested for assault and battery causing injury to a child under fourteen.

Under either theory, bodily injury is defined as a substantial impairment of the physical condition, including: a burn, a fracture of any bone, a subdural hematoma, any injury to any internal organ, any injury which occurs as the result of repeated harm to any bodily function or organ including human skin, and/or any physical condition which substantially imperils a child’s health or welfare. END_OF_DOCUMENT_TOKEN_TO_BE_REPLACED 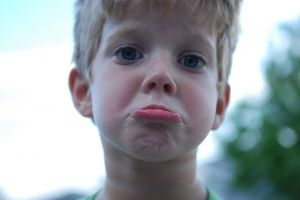 Despite the fact that the defendant was charged with these offenses, he does appear to have a legitimate defense. In relation to the charges in which the defendant’s son is the alleged victim, the defendant can argue that he was simply using reasonable physical force to discipline his child. While the Massachusetts legislature does not specifically allow for the use of physical discipline by a parent, Massachusetts case law alludes to the ability of a parent, or one acting in position of a parent, to use physical force to discipline a child. For example, in Commonwealth v. Rubeck, the Supreme Judicial Court appears to recognize the parental right to discipline as a legitimate defense to the use of physical force against a child as long as the physical force is for the specific purpose of discipline, is conducted in a controlled manner rather than the result of an emotional outburst, and does not result in bruising or significant injury. Given the fact that it is undeniably inappropriate for a seven year old child to bite a teacher, the defendant can argue that he was within his rights to put his hands on his child for the purpose of disciplining him. END_OF_DOCUMENT_TOKEN_TO_BE_REPLACED 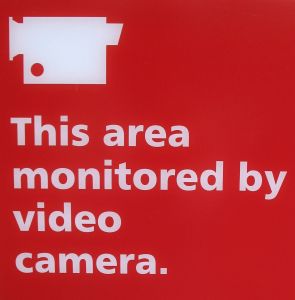 According to an article in the MetroWest Daily News, a German au pair who has been charged with assaulting the three year old boy that she cared for has filed a criminal complaint against the child’s father. The au pair was reportedly caught on camera shoving the boy to the floor. The camera recorded both audio and video footage and it appears that the defendant was unaware that any sort of recording device had been put in place to monitor her.

The article indicates that the child’s father had had some concerns regarding the care that the defendant was providing. He then set up a “nanny cam” to record her activity within the home. The appearance of the recording device is not entirely clear – the article does not indicate whether the camera was in plain view and/or whether it was obviously a recording device. Regardless of the appearance of the device, however, it is undisputed that the father did not tell the defendant about the camera and/or that it was recording both audio and visual surveillance. After installing the device, the father apparently watched the footage and observed the incident in which the defendant appears to have shoved the child. Specifically, the video reportedly shows the boy in a living area of the home. the defendant can be heard off camera telling the child to take off his clothes and put his pajamas on so that he can go to bed. Several minutes later, the defendant reportedly enters the room and knocks the child to the floor. He immediately begins crying. the defendant then appears to leave the room but comes back shortly thereafter, sits on the floor with the boy, and tries to comfort him.

Under G. L. c. 272, § 99, it is a crime to record a person’s voice without obtaining his or her permission. As a result, the defendant applied for a criminal complaint against the father, accusing him of violating the wiretapping statute. The defendant’s lawyer is also seeking to have the video excluded from evidence at the trial. END_OF_DOCUMENT_TOKEN_TO_BE_REPLACED 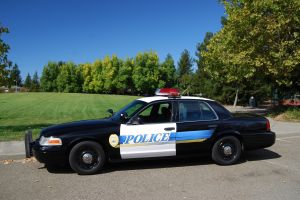 According to an article in the MetroWest Daily News, a seventeen-year-old boy from Sudbury was charged with enticing a child under the age of sixteen. The article states that a resident from Skyview Lane called the police around 3:30pm this past Wednesday. The caller stated that a person in a car had made statements to two twelve-year-old boys and allegedly tried to get them to enter the vehicle. The caller then provided a description of the car, which was broadcast to other officers in the area. Officers responding to the scene then stopped a vehicle that matched the caller’s description. The two boys identified the driver as the person that had tried to get them into his car.   Police subsequently arrested the driver, whose name is not being released due to his age. The police also searched the vehicle and reportedly found items that supported the allegations. The teen was arraigned in Framingham juvenile court on the charge of enticing a child under the age of sixteen under G. L. c. 265, § 26C.

END_OF_DOCUMENT_TOKEN_TO_BE_REPLACED 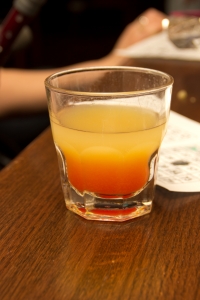 The Springfield Republican recently published an article about the arrest of a man this past Friday by the Holyoke Police Department. The man is a bus driver who transports students in Holyoke. At the time of his DUI arrest last friday he was driving children to their homes as a part of his afternoon duties. According to police he was not driving a yellow school bus, but rather a maroon van.

Trouble for the man started when a school employee noticed alcohol on his breath. The school employee called the police and the police eventually found the man and arrested him on charges of DUI (commonly referred in Massachusetts as OUI or Operating Under the Influence) The police also charged the man with Child Endangerment because school children were in his van when he allegedly drove under the influence.

Child endangerment while operating under the influence is a very serious charge that enhances the potential penalties above and beyond the average first offense DUI. If the man goes to trial and loses, or pleas out to this offense he will not be eligible for a continuation of the case without a finding. (a common way for a first offender to enter a plea deal while not actually being found guilty) The statute concerning child endangerment forbids any attempt by the court to continue the case without a finding. Also if he is convicted he will face a license loss of 1 year as opposed to most first offenders who usually face no more than 90 days of suspension.

Of course the article is very vague and leaves the reader guessing as to the strength of the case against the man. First and foremost whether or not the child endangerment charges can proceed against the man depends on the age of the children he was driving. Only children aged 14 or younger satisfy the requirement of the statue. If the children were older high school students the child endangerment portion of the case could very well be thrown out on a motion to dismiss prior to the case ever reaching trial.