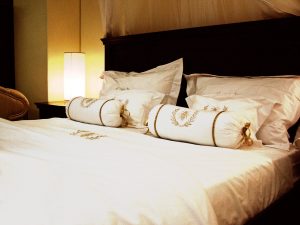 The Appeals Court recently reversed the suppression of a statement made by the defendant to the police upon his arrest in Commonwealth v. Barbosa.

The basic facts were as follows: in the course of an investigation of “trafficking of persons for sexual servitude, G.L. c.265, §50,” the police dialed a telephone number at a hotel, which was listed in “an illicit online advertisement.” A woman answered the phone and told the caller to come to room 540 at the hotel. Officers proceeded to room 540, where they conversed with the woman. She “became very agitated” “[u]pon learning that she was speaking with law enforcement officers.” “She told the officers, ‘You guys can’t be here. He’s coming.’…. [One of the officers] noticed that the woman had a telephone in her hand that was continuously ringing.” That officer contacted Detective Bartkiewicz, who was elsewhere on the fifth floor of the hotel, and told him “that the defendant, who was the target of the investigation, was heading upstairs…. Bartkiewicz observed the defendant … step out of the elevator” and walk toward room 540. “After the defendant walked past him, … Bartkiewicz stated that he was a police officer and asked to speak with the defendant. The defendant, who was eight to ten feet from room 540” at that point, “‘pushed Bartkiewicz out of his way, and started to run back toward the elevators.’” The defendant was subdued and handcuffed by other officers. “‘Bartkiewicz informed [the defendant] of his Miranda rights’” and then “‘patted [the defendant] down and searched his pockets. [Bartkiewicz] found and removed a hotel room key, a knife,’” and other items. He “‘asked [the defendant] what room the key was for. [The defendant] said it was Room 540.’” In response to the defendant’s motion to suppress, “[t]he judge ruled that … Bartkiewicz … properly searched [the defendant] for weapons incident to [his] arrest [for assault and battery on a police officer], and ‘acted lawfully in … removing the knife from his pocket.’ The judge concluded that the room key would have properly and inevitably been seized under an inventory search at booking and, thus, should not be suppressed…. However, the judge, sua sponte, suppressed the defendant’s statement that the room key found in his pocket was for room 540. The judge concluded that … Bartkiewicz ‘was not entitled to inspect the hotel key … as a search incident to arrest’ and, in violation of G.L. c.276, §1, improperly used the room key ‘for an investigatory purpose, i.e., asking [the defendant] what room it went to.’” In the ensuing interlocutory appeal, “[t]he Commonwealth argue[d] that the judge erred in suppressing the defendant’s statement because the initial discovery of the room key attended a proper search incident to arrest for the crime of assault and battery on a police officer, and the room key had immediate evidentiary significance vis-à-vis the crime of human trafficking, which the officers were then investigating.”

In its decision, the Appeals Court agreed with the Commonwealth’s argument. The Court noted “that ‘the limitation on admissibility of evidence expressed in G.L. c.276, §1 [restricting such admissibility to weapons or evidence of the crime justifying the defendant’s arrest], does not bar the admission of new evidence discovered during a search incident to a lawful arrest … when that new evidence is immediately apparent as contraband or evidence of other criminality.’ [Commonwealth v.] Dessources, [74 Mass. App. Ct. 232,] 236-237 [2009]. Here, stated the Court, “the officers had ample evidence of the defendant’s involvement in the separate criminal activity of human trafficking before they arrested or frisked him. This evidence, at a minimum, rose to the level of reasonable suspicion and, thus, justified the inquiry regarding the room key…. [T]he … key … had immediate evidentiary significance vis-à-vis the crime of human trafficking. The officers could reasonably have viewed the defendant as the ‘he’ to whom the woman [in room 540 referred] in fear, and further viewed the room key as evidence related to the defendant’s approach to room 540 and involvement as [the woman’s] ‘pimp.’ The officers were ‘not required to blind themselves to [this] information.’ [Commonwealth v.] Blevines, 438 Mass. [604,] 609 [2003], quoting from Commonwealth v. Sullo, 26 Mass. App. Ct. 766, 770 (1989).”

If you or a loved one is in a situation where the police failed to provide Miranda warnings and elicited an incriminating statement, you will need an attorney to fight to suppress your statement. Attorney Daniel Cappetta is an experienced and skilled attorney who has litigated numerous motions to suppress.  Call him today for a consultation to determine whether you have a strong motion that should be litigated.