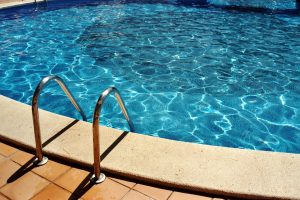 In Commonwealth v. Fielding, the Appeals Court affirmed the defendant’s conviction of open and gross lewdness.  In its decision, the Court ruled that the judge properly declined to suppress: (1) the victim’s identification of a Facebook photo as depicting the man who had masturbated in front of her the day before; and (2) the victim’s in-court identification of the defendant at the trial.

The background was as follows. “[T]he victim was swimming laps [in a] health club’s pool. A man whom she had not before met appeared at the shallow end of the pool and began talking to her. The victim continued her workout but would pause to converse with him in between her laps. The man introduced himself to the victim as “‘Scott’ [the defendant’s given name] and the two interacted in the pool for approximately fifteen minutes. After the victim completed her swimming, she and the man … went into the hot tub, where they sat close to each other and chatted some more. They then each expressed an interest in going into the sauna…. [There] the two conversed some more, bringing their total interaction to about thirty minutes long.” Several minutes later, “the victim heard a ‘scratching’ sound from where [“Scott”] was sitting, and as she got up to leave the sauna, he asked her, ‘[D]o you want to look?’ She turned and observed the man stroking his genitalia, which shocked and angered her.” The following day, the victim reported the incident to the police. She also “returned to the health club for a yoga class, where she told her instructor” about the incident, including a description of the offender. “[T]he yoga instructor [said] that she thought she knew him because [a man of similar description] had approached her and her daughter.” Then, on the club’s computer, the yoga instructor located a photograph of the man she was thinking of” on Facebook. “She showed that photograph to the victim, who identified the man depicted there” as the offender. Nine months after the incident, the victim selected from a photographic array an image of the defendant as depicting the offender. After the issuance of a complaint charging the defendant with open and gross lewdness, “the defendant filed a motion to suppress the photograph that the yoga instructor had found on Facebook … and any in-court identification.” The judge denied the motion. “During the trial, the Facebook photo[,] scrubbed of any text or other potential indicator of its provenance[,] … [was] admitted over the defendant’s objection…. The victim also was allowed to identify the defendant as the perpetrator in court, again over the defendant’s objection.” The defendant was convicted. On appeal, he challenged the denial of his motion to suppress.

In its decision, the Appeals Court stated, “The defendant … argues that the victim’s being shown the Facebook photo by the yoga instructor was so suggestive an identification procedure that the judge erred in denying the motion to suppress it. The defendant points out that even though the victim’s exposure to the Facebook photo involved no State action, the case law recognizes that it still could be excluded under common-law principles of fairness.” In response to this argument, the Appeals Court had “little trouble affirming the judge’s decision. This is not a case where the eyewitness and the defendant had only fleeting contact. Although their total time of interaction was only approximately thirty minutes, the nature of their interaction provided the victim with a solid basis for focusing on, and remembering, the appearance of the person with whom she had been conversing one-on-one in the pool, hot tub, and sauna. Furthermore, the yoga instructor’s presenting the Facebook photo as an individual with the same description who recently had approached her and her daughter was not particularly conducive to misidentification. Unlike a situation in which an eyewitness is presented with a show-up of someone already taken into police custody, the yoga instructor’s showing the victim the Facebook photo was not particularly suggestive.”

If you or a loved one is facing a situation where the Commonwealth is seeking to introduce a potentially suggestive identification at trial and/or an in court identification, you will need a skilled attorney to assist you in your case. Attorney Daniel Cappetta is an experienced lawyer who is up to date on this developing area of law and can help you determine whether you have a viable motion to suppress and guide you through the motion process. Call him today.