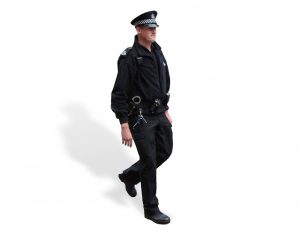 In Commonwealth v. Rivers, the Appeals Court ordered suppression of the defendant’s inculpatory statements to the police because they were induced by improper promises of leniency and, therefore, were not shown to be voluntary beyond a reasonable doubt.

The background was as follows. The defendant was involved in “[a] group altercation outside a party on Martha’s Vineyard,” during which the defendant and two friends struck the victim. The victim and the defendant lived in the same neighborhood; the victim often saw the defendant and one of the other alleged attackers “around town.” Detective Morse discussed the case with Officer Johnson and “directed Johnson to contact the defendant and ask him to come to the police station for an interview.” “Morse chose Johnson to contact the defendant based at least in part on the fact that the two had grown up together on the island.” Johnson telephoned the defendant and advised him “that the police were interested in him as an involved party in the case and that it was the police understanding that he committed a simple assault. Johnson went on to advise the defendant that if he came forward and gave a detailed account, he would be ‘very highly likely to avoid being charged with a felony.’” The defendant was later interviewed by Morse at the police station and made inculpatory statements that led to the return of indictments charging him with two felonies (aggravated assault and battery and assault and battery by means of a dangerous weapon). The defendant then filed a motion to suppress his statements on the ground that they “were involuntary because they were products of improper police-initiated promises of leniency and assurances that his statements would aid in his defense.” The motion was denied.

In its decision reversing the denial of the motion, the Appeals Court opined that “the Commonwealth did not meet its burden to prove beyond a reasonable doubt that [the defendant] made his statements voluntarily.” The Court stated, “[W]e are persuaded that Officer Johnson’s conversation with the defendant — including telling him that coming forward would make him ‘very highly likely to avoid being charged with a felony’ — amounted to a prohibited assurance that it would aid his defense or lessen his sentence if he cooperated with police…. The defendant’s relatively young age, and his lack of any prior involvement with the criminal justice system, also weigh in our assessment of voluntariness, as well as the fact that Johnson had a prior personal acquaintance with the defendant.” Johnson’s “enticing assurance of leniency” “was a powerful inducement for the defendant to come to the station to give a statement.”

If you or a loved one made a confession to the police, it is extremely important that you have an attorney to review the statement, evaluate the lawfulness of the police officers’ conduct, and determine whether there is a basis to challenge the admissibility of the statement.  Attorney Daniel Cappetta is well versed in the law and has successfully mounted challenges to the admissibility of his clients’ admissions to police on numerous occasions.  Call him today to help assess the potential defenses in your case.