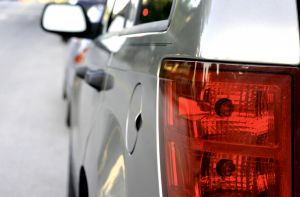 According to an article in the MetroWest Daily News, former New England Patriot Aaron Hernandez is facing new murder charges out of Suffolk County. Hernandez is already accused of murdering a man (Odin Lloyd) last year, and has pending murder charges in Plymouth County. The new charges stem from an incident that happened outside a nightclub in Boston’s South End in 2012, prior to the Plymouth County murder. The article states that on July 16, 2012, Hernandez allegedly got into a disagreement with two men in the nightclub – Daniel de Abreau and Safiro Furtado. Both men were later shot to death while they sat in a car outside the club. The shooter reportedly drove up in an SUV with Rhode Island plates, pulled alongside the victims’ car, and opened fire. According to a third individual who was in the car with the victims, the gunshots were fired from the rear passenger seat of the SUV.

Hernandez was reportedly seen on surveillance footage in the nightclub on the evening of the shooting, and the SUV reportedly used in the shooting was found at Hernandez’s uncle’s home in Bristol, Connecticut months after the incident took place. The SUV was dusty and had a dead battery, which led police to speculate that the vehicle had not been used for a significant period of time. END_OF_DOCUMENT_TOKEN_TO_BE_REPLACED

I recently had the pleasure of being interviewed for an article in the Metrowest Daily news regarding the frequent and sometimes over aggressive use of civil forfeiture laws by prosecutors and police.