According to an article in the MetroWest Daily News, district attorneys in multiple counties in Massachusetts are suspending the use of breathalyzer tests in drunk driving cases because of suspected problems with the breathalyzer machines, which test blood alcohol content. The exact issue, which may involve software or calibration of the machines, has not been released.

The concerns first came to light in mid-March, when the Massachusetts State Police apparently notified multiple district attorneys’ offices that there were issues with some of the breathalyzer tests given to defendants in their respective counties. The district attorneys’ offices contacted the defense attorneys in those specific cases, but the state police have now indicated that the problem may go beyond those isolated matters. The Executive Office of Public Safety has been unable to confirm exactly how many cases might be affected.

Given the fact that breathalyzer tests can play an important role in prosecutions and often persuade defendants charged with operating under the influence to plead guilty, the Massachusetts Bar 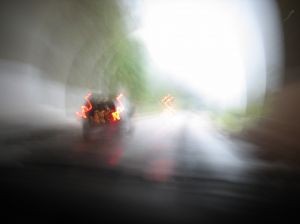 Association has called for an independent investigation into the reliability of breathalyzer tests used to prosecute people suspected of drunken driving and has urged a moratorium on introducing the tests as evidence until these concerns are resolved. The MBA’s chief legal counsel specifically stated that while “drunk driving is a very serious issue in Massachusetts…people’s constitutional rights are also important…[and the MBA does] not want to see people convicted and taking plea agreements based on faulty evidence.”

A state police spokesperson has issued a statement indicating that officers might have accepted test results from breathalyzer machines that were not properly calibrated. The spokesperson further stated that the state police have opened a review of the concerns regarding the questionable breathalyzer results, with findings expected next week.

In light of these issues, district attorneys in Middlesex, Essex, Suffolk, Worcester, Norfolk, Plymouth, and the Cape and Islands have decided to suspend use of the breathalyzer test results as evidence. The Berkshire district attorney is not suspending use of breathalyzer results – prosecutors there will apparently be reviewing the issue on a case-by-case basis.

A spokesman for the attorney general’s office said it was working with other agencies on what should be done but did not comment directly on the MBA’s call for an additional investigation. The spokesperson did state that “any time there is a question about the validity of evidence used in a criminal proceeding, the attorney general is concerned.” The statement went on to say that the attorney general’s “priority is to ensure that the integrity of the system is upheld,” and that the office is “speaking with [the Executive Office of Public Safety and Security], the district attorneys, the Massachusetts Bar Association, and defense bar, to determine the best steps needed to help accomplish that.”

Although a spokesperson for the Executive Office of Public Safety did acknowledge that it was performing a review of the breathalyzer tests on machines that may not have been properly calibrated, the spokesperson did provide any additional information in response to questions about when the problem with breathalyzer results might have begun, how it was discovered, or the possibility of an additional investigation.

While breathalyzers are not the only evidence used in drunken driving cases, they often play a significant role in a defendant’s decision to plead guilty. If you or a loved one has been charged with, or convicted of, operating under the influence in Massachusetts, you will need an experienced defense attorney to make sure that the evidence in your case is reliable and trustworthy. Attorney Daniel Cappetta has handled numerous operating under the influence cases and is vigilantly following the concerns regarding the breathalyzer tests. He will fight zealously to make sure your rights are protected and that you get the best outcome possible in your case. Call him for a free consultation today.