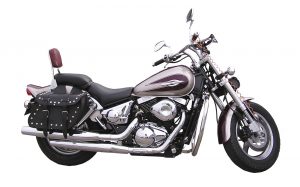 In a disappointing decision – Commonwealth v. Faherty – the Appeals Court affirmed the defendant’s conviction of operating a motor vehicle while under the influence of alcohol (OUI), fourth offense.  In the decision, the Appeals Court specifically ruled that a defendant’s conviction as “a subsequent offen[der] may be based on a prior conviction for which the defendant was not entitled to (and presumably did not receive) appointed counsel because the prior offense carried no risk of incarceration.”

The background was as follows. “[T]he defendant was injured while riding his motorcycle…. A … State trooper at the scene of the accident noticed a strong odor of alcohol and later discovered four unopened nip bottles of … bourbon in the defendant’s saddle bag. The defendant was transported to a hospital. Hospital records recorded that the defendant’s serum alcohol level was 359 milligrams per deciliter. An expert from the … State Police Crime Laboratory testified that this was the equivalent of a blood alcohol level of between .30 percent and .32 percent. The defendant testified that the accident was caused by his hitting something in the road while momentarily distracted. He testified that he did not drink any alcohol prior to the accident but decided to drink six nip bottles of bourbon to dull the pain while waiting for medical assistance. The jury convicted the defendant on both available theories under the statute: a theory of impairment and a theory of having a blood alcohol level of .08 percent or higher. At the jury-waived trial on the subsequent offense portion of the complaint, the Commonwealth presented evidence that the defendant had received a continuance without a finding for OUI in District Court in 1989. The Commonwealth then introduced, over objection, evidence of two convictions for OUI in New Hampshire, from 1992 and 2005. The New Hampshire cases were prosecuted as first offenses, and the defendant received no incarceration but instead was fined and had his license revoked. The judge [here] found the defendant guilty as a fourth [OUI] offender.”

In its response to the defendant’s appellate challenge, the Appeals Court “conclude[d] that the New Hampshire convictions here were properly considered as predicates for the defendant’s conviction as a fourth offender,” even though the defendant presumably did not have counsel in the New Hampshire cases. The Court stated that “there is (and was) no possibility of incarceration for a New Hampshire first offense of OUI” and that, “[a]s in Massachusetts, … New Hampshire recognizes no right to appointed counsel in a criminal … proceeding in which there is no possibility of incarceration.” The Court noted that the defendant could have hired an attorney, but had no memory of the matter. In such circumstances, stated the Court, the use of uncounseled prior convictions to enhance a subsequent sentence is permissible under the Sixth Amendment pursuant to Nicholsv. United States, 511 U.S. 738, 748-749 (1994). Moreover, “[a]bsent direction from the Supreme Judicial Court, we see no reason why art. 12 of the Massachusetts Declaration of Rights would forbid the use of a constitutionally valid conviction in a subsequent case. It is easy to understand why a conviction obtained in violation of a defendant’s right to counsel may not return to enhance a defendant’s sentence in the future. The convictions here, however, were obtained in full accordance with the defendant’s constitutional rights. In our view, it would be strange if art. 12 created classes of convictions, some of which are permitted but then may not be acknowledged in the next case.”

Subsequent convictions under the operating under the influence statute carry increasingly harsh penalties, from lengthy license suspensions, to exorbitant fines and fees, to mandatory jail time. If you or a loved one is charged with operating under the influence, it is of the utmost importance that you have an attorney who has substantial trial experience, is well versed in operating under the influence law and potential defenses, and who is not afraid to challenge the Commonwealth’s case.  Attorney Daniel Cappetta is such an attorney – he understands and appreciates the severity of the consequences of a conviction for this type of offense, never shies away from a difficult case, and always fights for the best outcome for all of his client.  Call him today for a free consultation.