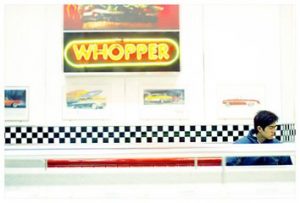 The Appeals Court recently reversed the defendant’s conviction of armed robbery while masked in Commonwealth v. Anitus, finding that “there was insufficient evidence to support” a conclusion that DNA found on items at the crime scene was placed there during the commission of the crime.

The background was as follows. “[T]wo men broke into a Burger King … at around 11:30 P.M. and stole approximately $3,000. Both men were described by the restaurant manager, who was present during the robbery, as African-American and wearing … masks…. Surveillance recordings from the Burger King and the neighboring Dunkin’ Donuts captured images of both men as they fled the crime scene. The recordings showed the second assailant removing his mask and, as he [was] fleeing the crime scene, tossing something into the Dunkin’ Donuts plaza…. One of the police officers who responded to the crime scene discovered two cloth items — a white toddler-sized T-shirt and a blue knotted bandana — in the Dunkin’ Donuts plaza. The Commonwealth’s theory was that the defendant” “threw the cloth items into the Dunkin’ Donuts plaza as he passed it and that he wore the T-shirt as a mask during the robbery, while his coventurer wore the bandana. The T-shirt and the bandana were tested for DNA…. Each sample from the T-shirt had the DNA of more than one person; the bandana contained DNA from at least three individuals. For the T-shirt samples, the major profile matched the defendant’s DNA profile [to a very high degree of statistical probability]. One of the major profiles of the bandana also matched the defendant’s DNA profile. The DNA analyst could not determine when any of the defendant’s DNA was deposited on either the T-shirt or the bandana.” At trial, the defendant presented an alibi defense. On appeal, the defendant challenged the sufficiency of the Commonwealth’s evidence.

In its decision, the Appeals Court applied to the DNA evidence the principle articulated in Commonwealthv. Morris, 422 Mass. 254, 257 (1996), “that where ‘the only identification evidence is the defendant’s fingerprint at the crime scene, the prosecution must prove beyond a reasonable doubt that the fingerprint was placed there during the crime.’” Here, noted the Court, “[t]he DNA analyst testified that DNA may cling to an object for decades after it is deposited. She further testified that, unlike fingerprints, an individual can deposit DNA on an object without touching it through a process called ‘secondary transfer,’” in which “an individual touches one object, depositing his DNA on it; … that object then contacts an ‘intermediary object,’ leaving the individual’s DNA on [it]; and … the intermediary object then touches a third object, thereby depositing the individual’s DNA on the third object. According to the DNA analyst’s testimony, it was impossible to determine from the laboratory results when the defendant’s DNA was deposited on either the T-shirt or the bandana, whether it was the defendant who had most recently handled either object, or indeed (in view of the potential for secondary transfer) whether the defendant had directly handled the T-shirt or the bandana at all.” In these circumstances, concluded the Court, “[t]he presence of the defendant’s DNA alone [or in conjunction with other evidence] was insufficient to provide the jury with enough evidence to sustain the conviction beyond a reasonable doubt.”

Holding the Commonwealth to its burden of proof is critical to the very foundation of our criminal justice system.  If you or a loved one is charged in a criminal case, you will need a skilled and experienced attorney to assess the strength of the Commonwealth’s evidence against you and determine how to get the best possible result for you.  Attorney Daniel Cappetta zealously advocates for all of his clients and obtains the most favorable outcome available.  Put his expertise to work for you – call today for a free consultation.