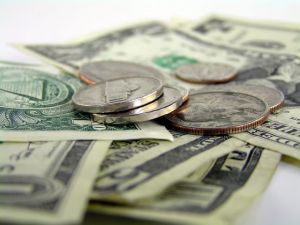 According to an article in the MetroWest Daily News, a Framingham man was arrested last week and charged with sexual conduct for a fee and disorderly conduct.  The article states that Framingham police officers saw the man chasing a woman down the street and yelling at her.  The police then stopped the man and proceeded to question him, as well as the woman.  The man told the police that he had solicited the woman for sex and that she then stole $80 from him.  The woman denied the claim, and the police subsequently arrested and charged the man with the above referenced crimes.

Based on the information provided in the article, it appears that the man may have a defense to each of the charges.  As to the charge of sex for a fee, it is not entirely clear whether there was any sort of sexual activity between the man and the woman, nor is it clear as to whether any agreement or offer between the man and the woman was made.  While the man may well have inquired as to whether the woman was a prostitute, without more information documenting the details of their interaction, it is questionable as to whether that amounts to the requirements for a conviction under the statute – particularly in light of the fact that the woman appears to deny that any such conversation took place.  Further, there is also a question as to whether any alleged sexual conduct was supposed to be in return for a fee.  To the contrary, it appears that even if there was some sort of agreement, the man did not willingly provide the woman with any money, and the woman denied that the money belonged to the man period.

Similary, the man seems to have an argument that running down the street and yelling after the woman does not amount to the requisite “fighting or  threatening,” “violent or tumultuous,” or “hazardous” behavior contemplated by the disorderly statute.  Moreover, based on his claim that the woman had stolen his money, there appears to be an argument that his conduct did in fact serve a legitimate purpose: to get his money back.  Additionally, without more information about the volume of the man’s voice and the location of where he and the woman were, the man also has an argument that his actions were not reasonably likely to affect the public – for example, if no members of the public were in shouting distance, it seems fair to say that the man’s yelling would not be reasonably likely to affect anyone.

Given these issues, it appears that the man’s attorney may well have some solid arguments to make against the Commonwealth’s allegations.  That said, the man will still need attorney who is sufficiently skilled and experienced to identify and execute these arguments, and persuade a jury.  If you or a loved one has been charged with a criminal offense and are likewise in need of a skilled attorney to litigate your case, call Attorney Daniel Cappetta today.  Attorney Cappetta has been successfully representing clients and trying cases for many years, and he will give your case the attention it deserves.