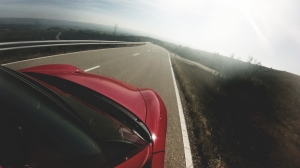 According to an article the in MetroWest Daily News, a Framingham police officer stopped a Volkswagen sedan with four teenage occupants – all juveniles – last week.  While it’s not clear why the officer originally stopped the car, after the driver and passengers were allowed to leave, an automatic license plate reader alerted the officer that the Volkswagen had been reported “missing” from Brockton.  A second officer saw the car several hours later, however, and stopped it again.  All four of the occupants were charged with receiving a stolen motor vehicle.  The driver was also charged with driving without a license.

Given these requirements, it appears that there is a strong defense to the receiving a stolen motor vehicle charge.  All four of the teens, including the driver, may be able to argue that the vehicle was not in fact stolen.  Based on the article itself, it appears that the owner reported the car missing, not stolen.  While it is entirely possible that one or more of the teens knew the owner and took the vehicle without the owner’s knowledge and/or permission, there is no indication that the teen(s) intended to permanently deprive the owner of the vehicle.  Rather, the teens could certainly argue that they took the car for a joyride, or something to that effect, and that the car would have eventually been returned if the police had not stopped them.  Additionally, the passengers also appear to have a strong defense to the second element: that they knew the vehicle was stolen.  While a jury may well infer that the person driving the car knew where it came from, there is no evidence that any of the other passengers were with the driver at the time he or she took the car, that the driver informed the passengers that the car was not his/hers (or not taken with the consent of the owner), and there is no indication that the passengers would have otherwise known that the vehicle was in fact stolen.

Although the four teens may have strong defenses, they are all in need of a skilled defense attorney who will be able to effectively identify these defenses and argue their cases to the court.  Attorney Daniel Cappetta has represented numerous clients in the juvenile court and knows how to successfully navigate the juvenile justice system.  Call him for a free consultation today.