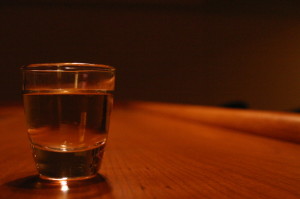 According to an article in the MetroWest Daily News, a man was recently arrested following a car accident on Winthrop Street in Framingham.  The article states that several people flagged a Framingham police officer down and told him there was a serious crash.  The officer proceeded to the location of the crash and found a Toyota Celica on its roof on the lawn of 197 Winthrop Street.  The article states that the car appeared to have “veered right and completely off the road into the driveway,” and that the car “appeared to be speeding.”  The officer found three individuals outside the car – two women, ages seventeen and eighteen, and a man, later identified as the driver.  The two women stated that they were passengers.  One of the women stated that she was pregnant and asked to go to the hospital.  The driver was also injured and had numerous lacerations on his arms, face, and knee.  The car had apparently hit a street sign, and damaged the house as well.  The responding officer reportedly noticed an odor of alcohol coming from the driver’s mouth, and observed his eyes to be bloodshot.  The officer apparently questioned the driver, who initially denied having had anything to drink.  At some later point, however, he admitted to having had two shots of vodka.  The driver refused to perform any field sobriety tests, and refused to take a breathalyzer.  He also apparently told the officer “I don’t care about myself. I am not going to the hospital. I just care about them,” in reference to the passengers.  The man was ultimately charged for operating under the influence and driving to endanger.  He was also civilly cited for speeding and a marked lanes violation.

The driver in this appears to have several defenses in relation to these charges.  As to the operating under the influence charge, the driver appears to have an argument that while he may have had something to drink, the two shots of vodka did not impair his ability to drive.  Under Massachusetts law, it is not a crime to get behind the wheel after drinking – the act becomes criminal when the alcohol impairs the driver’s ability to operate.  Here, although the driver got into an accident, there is little to no other evidence to support the conclusion that he was in fact impaired.  Specifically, there is no indication that he had any issues with his motor skills, or anything else that would have impacted his ability to operate – there is nothing indicating that his balance was impaired, that he was having trouble multi-tasking, or that he was struggling to complete any other task that would be necessary to drive.  Since he did not take the breath test, there is likewise nothing to indicate that his blood alcohol was over the legal limit.  Although there was an accident, many serious accidents happen without any alcohol involvement whatsoever.  In light of the lack of evidence to support any claim that this particular accident occurred due to an impairment from alcohol, it may well be a challenge for the Commonwealth to prove this charge.  Likewise, while there does appear to be evidence that the defendant was speeding, speeding alone is not sufficient to prove negligent operation.  Without some further indication as to what may have caused the accident, and whether something other than the driver’s conduct contributed to it, the driver may be in a position to argue that he was not in fact negligent.

Regardless of the defenses he may raise, however, driving offenses such as these are quite serious.  They carry a potential penalty of two and a half years in the house of correction and serious collateral consequences, including a loss of license.  If you or a loved one is facing similar charges, you will need an experienced and skilled attorney who is well versed in these sorts of charges, and who appreciates how much is on the line when someone is facing these allegations.  Attorney Daniel Cappetta has helped many clients successfully defend themselves against operating under the influence and negligent operation charges – he knows how to identify the weaknesses in the Commonwealth’s case, and how to effectively argue these weaknesses to the jury.  Call him for a free consultation today.