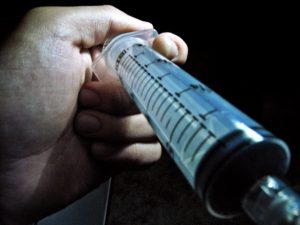 According to an article in the MetroWest Daily News, a man and woman reportedly broke into a home in Framingham this past week. The article states that police were dispatched to the home at around 12:45pm for a report of “suspicious people.” It is unclear who made the report or what the basis for the conclusion that the people were suspicious was. When the police arrived, the door to the basement was reportedly forced open and the man and woman were on the second floor of the home. The man was in a closet and was found with syringes and a bloody needle. The man told the police that a friend had let them enter the home, but according to the police, no one with the name provided by the man lived at that address. The police arrested the man and woman and charged them with: (1) breaking and entering with the daytime with the intent to commit a felony; and (2) malicious destruction of property.

For the Commonwealth to obtain convictions for malicious destruction of property under G. L. c. 266, § 127, it would have to prove the following beyond a reasonable doubt: (1) that the defendants injured or destroyed the building of another; (2) that the defendants did so willfully; and (3) that the defendants did so with malice. As to the second element, an act is “willful” if it is done intentionally and by design, in contrast to an act which is done thoughtlessly or accidentally. A person acts willfully if s/he intends both the conduct and its harmful consequences. As to the third element, an act is done with “malice” if it is done out of cruelty, hostility or revenge. To act with malice, one must act not only deliberately, but out of hostility toward the owner of the property. This does not require that the person committing this offense knew the identity of the owner, but it does require that defendant was hostile toward the owner, whoever that was.

The defendants appear to have strong defenses to both of these charges. As to the breaking and entering charge, the defendants can make two potential arguments. First, they can argue that they had permission to be there and therefore did not unlawfully break and enter into the home. Although the police noted that there was damage to the basement door and that the friend named by the man did not reside at the home, there does not appear to be any affirmative evidence that the man and woman were not permitted to be there by the lawful residents. Further, even if this argument fails, the defendants have a strong argument that they did not enter the home with the intent to commit a felony. Specifically, the observations made by the police indicate that the man and woman went into the house with the intent to use drugs, and that they did in fact use them. Because possession of drugs is not a felony, the defendants can persuasively argue that the third element of the crime was not met either.

Similarly, as to the malicious destruction charge, the Commonwealth will have a very difficult if not impossible time proving that the defendants acted with the requisite malice. Even if the defendants entered the home unlawfully, it seems that their sole motivation was to find a place to use drugs and not because of any hostility toward the owner(s).

Although the defendants certainly appear to have legitimate defenses to the charges, they will each still need an experienced attorney to investigate their respective cases and present their arguments to the court. If you or a loved one is similarly charged, you will also need a skilled attorney to do the same for you. Attorney Daniel Cappetta has been practicing criminal defense for many years and knows how to assess and successfully defend his client’s cases. Call him for a free consultation today.