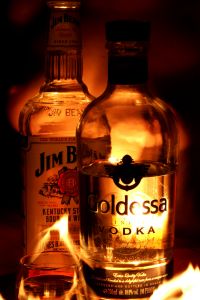 The Supreme Judicial Court recently issued an important decision about the admissibility of opinion evidence in operating under the influence (OUI) trials. In Commonwealth v. Canty, issued on November 6, 2013, the SJC held that a police officer is not permitted to offer opinion testimony as to whether a defendant’s ability to drive was impaired by alcohol.

The facts of the case are as follows:
On March 8, 2009, a Leicester police officer saw a motor vehicle driving erratically on Main Street in Leicester. The officer proceeded to follow the car and ultimately stopped it. The officer spoke to the driver, who was identified as Joseph Canty. During their interaction, the officer noticed that Canty had trouble retrieving his license, and that his eyes were bloodshot. The officer asked Canty whether he had had any alcoholic beverages that evening and Canty reported that he had. The officer then ordered Canty out of the vehicle and had him perform two field sobriety tests, both of which Canty failed. The officer then arrested Canty. After the arrest, the police found a half-empty bottle of brandy on the floor of the front passenger side of Canty’s vehicle.

Canty was charged with, among other things, operating a motor vehicle under the influence of alcohol, in violation of G. L. c. 90, § 24(1)(a)(1). To prove that Canty committed this crime, the Commonwealth had to show that Canty (1) operated a motor vehicle; (2) on a public way; and (3) was under the influence of intoxicating liquor while operating the vehicle. As to the third element, a person is “under the influence” of alcohol if he has consumed enough alcohol to reduce his mental clarity, self-control, and reflexes, and thereby impaired his ability to drive safely.

Prior to the commencement of the trial, Canty moved to exclude any testimony from police officers as to whether he was intoxicated, impaired, or otherwise under the influence of alcohol. Canty argued that whether he was in fact intoxicated, impaired, or otherwise under the influence was the ultimate issue for the jury to decide. The judge denied the motion, stating that a lay witness – in other words someone with no special expertise – can give an opinion as to an individual’s sobriety. During the course of the trial, the officer that stopped Canty testified that, based on his observations, Canty’s ability to drive was diminished, and that in his opinion, this diminished ability was the result of alcohol consumption.

In its decision, the SJC acknowledged that a lay witness does have the ability and authority to testify as to whether a person appeared to be intoxicated. The Court stated that such testimony is proper because the symptoms of intoxication are widely known, and the average person is capable of drawing a conclusion as to this issue without any need for expertise. Despite a lay person’s ability to opine as to intoxication, however, the Court stated that witnesses are unequivocally prohibited from testifying as to a defendant’s guilt or innocence. The Court then stated that because an OUI charge requires a determination as to whether a defendant’s intoxication impaired his ability to operate, the officer’s opinion that Canty’s ability to drive was impaired by his alcohol consumption amounted to testimony that he was guilty of OUI. As such, the Court found that the officer’s opinion testimony should not have been permitted. The Court specifically stated that “a lay witness in a case charging operation of a motor vehicle while under the influence of alcohol may offer his opinion regarding a defendant’s level of sobriety or intoxication but may not opine whether a defendant operated a motor vehicle while under the influence of alcohol or whether the defendant’s consumption of alcohol diminished his ability to operate a motor vehicle safely.”

Cases like this one are serious. A conviction for OUI has severe consequences – potential jail time, significant fines, as well as a loss of license. It is essential for an individual charged with OUI to hire an attorney that has experience handling OUI cases, and is familiar with OUI case law. Attorney Daniel Cappetta is a skilled, knowledgeable, and experienced attorney who has represented clients in numerous OUI cases. If you or a loved one has been charged with OUI, call attorney Cappetta today – he can help.