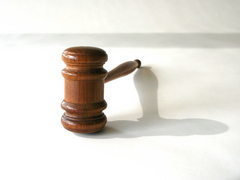 Even though thirty-nine other states and the federal government use eighteen as the starting age for adult criminal jurisdiction, under current Massachusetts law, all seventeen year olds accused of a crime are treated as adults, regardless of the severity of the offense. Therefore, although the defendant was just seventeen at the time of the murder, because it occurred in Massachusetts, he was tried as an adult. On August 22, 2012, following a trial, he was convicted of first-degree murder.

Under G. L. c. 265, § 2, a first-degree murder conviction carries an automatic sentence of life in prison without parole. However, on June 25, 2012, after the defendant committed the murder but before he was convicted at trial, the United States Supreme Court issued a decision in Miller v. Alabama. This decision held that mandatory life sentences for defendants who committed crimes when they were under the age of eighteen are illegal because such sentences are a violation of the VIII Amendment, which prohibits cruel and unusual punishment. In light of the Miller decision, and the fact that the defendant was seventeen at the time of the murder, the trial court judge in the defendant’s case was not legally allowed to impose a mandatory sentence of life without parole after his conviction. Both the defense and the prosecution asked the court to hold a hearing to determine what sentence the court could and should impose in the case.

The defendant’s attorney also agreed that a sentencing hearing was appropriate, but wanted a different outcome. Specifically, the attorney sought to argue that the court had the authority to sentence the defendant to less than a life sentence, such as twenty years, because of the ruling in Miller. The court, however, disagreed with both parties and determined that because there is currently no mechanism in Massachusetts law that permits a sentencing hearing for a first-degree murder conviction, the court had no choice but to sentence the defendant to life in prison with the chance of parole after 15 years – which is the mandatory sentence for a second-degree murder conviction.

The prosecution then sought relief from the Supreme Judicial Court, arguing that the SJC should intervene and order that the trial judge need not wait for an “express legislative amendment of the sentencing statute” before holding an “individualized sentencing hearing.” On September 12, 2013, both the prosecution and the defense argued before the SJC and each put forth the respective arguments referenced above.

The SJC has not made a ruling yet, but it is likely that the court will agree with the parties that the trial court could and should hold an individualized sentencing hearing. Miller was premised on the fact that those under the age of eighteen deserve special consideration because of their age. Therefore, how could a trial judge make an informed decision as to what that consideration should be without a hearing? The SJC is unlikely comment on what sentence the trial court should impose, however, given the impending signing of the Raise the Age Legislation, the SJC may indicate that some deference to the defendant would be appropriate.

If you or a loved one has been charged with a serious crime as a juvenile, but is facing prosecution for those charges as an adult, you will need an experienced and skilled defense attorney to determine whether the SJC’s decision in this case, or the Raise the Age Legislation, will impact your case. Contact attorney Daniel Cappetta for a free consultation on this issue today.