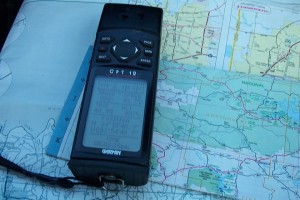 The Supreme Judicial Court recently issued a decision – Commonwealth v. Johnson – which affirmed the denial of the defendant’s motion to suppress historical GPS location data recorded without a warrant by a device in the defendant’s ankle bracelet during his probation. A divided SJC ruled that the Commonwealth’s act of retrieving and reviewing the location data after the probation had expired was not a search in the constitutional sense because the defendant did not have an objective expectation of privacy in the data.

The background was as follows. “Between May and September 2012, while the defendant was on probation and subject to GPS monitoring, several break-ins occurred at homes in Hanson, Marshfield, and Pembroke. Approximately one year after these break-ins, … the defendant was arrested near the scene of a separate break-in in Randolph.” By that time, his probationary sentence had expired. When the “Randolph police became aware that the defendant had at one time been outfitted with a GPS device,” they “contacted a Marshfield police detective and suggested that she contact the probation department to review the defendant’s historical GPS location data records during the approximate times of the unsolved break-ins.” Marshfield police and probation officers “discovered that the defendant was at or near the scene of each break-in at approximately the same time that each home was broken into. The defendant was then indicted and charged with breaking and entering and larceny. Before trial, the defendant moved to suppress the historical GPS location data, arguing that the Commonwealth’s act of accessing and reviewing this data without a warrant [after the termination of his probation] was an unreasonable search in violation of the Fourth Amendment and art. 14 [of the Massachusetts Declaration of Rights]. The motion judge concluded that the Commonwealth’s conduct did not amount to a search in the constitutional sense … and denied the defendant’s motion.” In due course, the defendant was convicted as charged. On appeal, he challenged the denial of his motion to suppress.

In its decision, the SJC “conclude[d] that the police’s … act of accessing and reviewing the historical GPS location data after the defendant’s probationary period had expired to determine whether he was present at the general time and place of particularly identified crimes did not constitute a search under either the Fourth Amendment or art. 14, because the defendant had no reasonable expectation of privacy in this data.” The Court cited G.L. c.276, §90, “which states … that a probation officer’s records may ‘at all times be inspected by police officials of the towns of the commonwealth.’…. The statute thus provides an express, and apparently unlimited, authorization for law enforcement to review probation records, including the historical GPS location data recorded from a probationer’s GPS device.” Moreover, the “governmental interest in detecting and determining whether a probationer had engaged in criminal activity during his probationary period does not disappear once the probationary period ends. Indeed, criminal activity that occurred during the probationary period is of particular concern to the Commonwealth, as it reflects the recidivist nature of the probationer. This is true regardless of whether the criminal activity is detected during or after the probationary period.” “[T]his case is not … one in which the police” “indiscriminate[ly] rummage[ed] through” many months of historical GPS location data “in a coordinated effort to recreate a full mosaic of his personal life…. Those circumstances might raise different, more difficult constitutional questions about objective expectations of privacy, even for a probationer subjected to GPS monitoring…. [T]he police here instead targeted their analysis to whether the defendant … was present at the general times and locations of crimes committed during his probationary period. Such a review of the probationer’s GPS location data … did not intrude on any privacy expectations that society would be willing to recognize as reasonable.”

Although the SJC’s decision in this case was disappointing, the Court’s language stating that a judge must consider the time frame, specificity, and geographic nature of the data obtained will potentially be helpful to similarly situated defendants in the future.  If you or a loved one was placed on GPS monitoring as a condition of probation and that data has been subsequently used against you, it is critical that you have an attorney to assess whether you have an argument to suppress that evidence under Johnson.  Attorney Daniel Cappetta has litigated numerous motions to suppress and is up to speed on this developing area of case law.  Contact him today to determine if you have a viable motion.