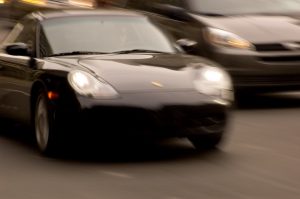 In Commonwealth v. O’Leary, the Supreme Judicial Court affirmed the dismissal of the indictments charging the defendant with various motor vehicle offenses because the police did not comply with the requirements for issuance of citations set forth in the so-called “no-fix” statute (G.L. c.90C, §2).

The background was as follows. The “no-fix” statute provides that a police officer responding to an automobile law violation should prepare a citation and give it to the violator as promptly as possible. Under the statute, “[a] failure to give a copy of the citation to the violator at the time and place of the violation shall constitute a defense in any court proceeding for such violation, except where the violator could not have been stopped or where additional time was reasonably necessary to determine the nature of the violation or the identity of the violator, or where the court finds that a circumstance, not inconsistent with the purpose of this section to create a uniform, simplified and non-criminal method for disposing of automobile law violations, justifies the failure. In such case the violation shall be recorded upon a citation as soon as possible after such violation.” In this case, state trooper Gray “responded to an accident on a highway off-ramp. Gray arrived to find that a single vehicle had rolled over.” The driver of the vehicle (the defendant) and a passenger (Murphy) had been injured in the accident. The defendant and Murphy were transported to a hospital. “Gray followed the ambulances to the hospital to interview the defendant and Murphy…. [T]he defendant admitted [to Gray] … that he had had ‘a couple of beers.’ The defendant’s ‘eyes were glassy’ and ‘his speech was slurred.’ At the time of the accident, the defendant was on probation for operating a motor vehicle while under the influence of alcohol (OUI), subsequent offense. His license had been suspended, and he was not legally permitted to drive. Gray informed the defendant that he would be receiving a summons in the mail for OUI, a marked lanes violation, and operating with a suspended or revoked license. Gray did not issue a citation at that time. [He] later submitted his investigation report to his supervisor, who approved the report nine days later…. On that day, Gray issued citations” and mailed them to the defendant. “A Superior Court judge granted the defendant’s motion to dismiss on the ground that Gray had failed to issue a citation ‘at the time and place of the violation,’ as required under §2, and because the Commonwealth did not meet its burden of demonstrating that an exception in §2 applied.” The Commonwealth appealed.

In its decision, the SJC noted that G.L. c.90C, §2, was enacted “in response to the concern that ‘[t]he nature of traffic citations renders them uniquely suited to manipulation and misuse.’ Commonwealthv. Pappas, 384 Mass. 428, 431 (1981), citing 1965 Senate Doc. No. 839, at 2…. By inserting §2 in the statute to require the issuance of a citation ‘at the time and place of the violation,’ the Legislature sought to eliminate ‘opportunity for subsequent maneuvering or pressure’ that the prior three-day approval window created. 1965 Senate Doc. No. 839, at 2.” Here, stated the Court, “we consider [the] unexplained, nine-day delay in the citation’s issuance to be inconsistent with [the anti-abuse purpose] of the ‘no-fix’ provision.” The Court rejected the Commonwealth’s argument that the third statutory exception was applicable here, i.e., the exception that “excuses delayed delivery of a citation where ‘a circumstance, not inconsistent with the purpose of this section …, justifies the failure.’” The Court asserted, “We cannot conclude, based on the history and antiabuse purpose of the no-fix provision, that [the] circumstances [here] somehow remain ‘[]consistent with the purpose of [§2].’”

If you or a loved one has been charged with a motor vehicle offense and the officer failed to provide you with a citation at the time of the incident, you may be in a position to file a motion to dismiss the charge(s) under the “no fix” statute.  Attorney Daniel Cappetta has successfully defended numerous motor vehicle charges on this ground, as well as others.  Call him today and put his expertise to work for you.