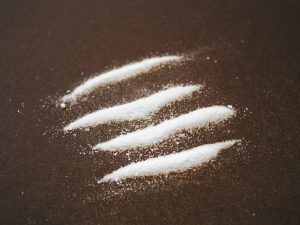 The Supreme Judicial Court recently issued a decision in Commonwealth v. Holley, affirming the first degree murder convictions of defendants Holley and Pritchett despite (1) the lack of particularity in the warrant pursuant to which the police procured the defendants’ text messages from their cellular telephone service provider; and (2) the judge’s failure to instruct properly on the joint venture exception to the hearsay rule.

The background was as follows. The victim was shot in his apartment building as he was preparing to sell drugs to Holley. There was evidence that on the morning of the shooting, Holley and the victim exchanged text messages confirming the impending transaction, and that the defendants then exchanged messages coordinating their plans to converge on the victim’s residence. Video surveillance footage from the entryway of the victim’s “building showed two young, African-American males [resembling the defendants] enter[ing] the building at [around the time of the shooting] and running out of the building three minutes later. “Prior to trial, both defendants … sought to suppress the text messages obtained from” their telephone service provider (MetroPCS). The judge denied the motions. On appeal, the defendants challenged that ruling, “contend[ing] that the warrants to obtain those records … were lacking particularity.”

In its decision, the SJC opined that “to the extent that the warrants were lacking particularity, there was no prejudice to the defendants by the introduction of their text messages at trial.” The Court noted that “the warrant[s] for [the defendants’] MetroPCS records lacked particularity because [they] sought ‘all stored contents of electronic or wire communications’ and ‘stored files,’ and authorized a search of seventeen days of records.” In the Court’s view, such a broad search through telephone records for a span of seventeen days “raise[d] significant concerns as to whether the warrant was ‘sufficiently limited in scope to allow a search of only that content that [was] related to the probable cause that justifie[d] the search’ (citation omitted). [Commonwealth v.] Dorelas, 473 Mass [496], 511 n.8 [2016] (Lenk, J., dissenting). The warrant here was hardly a model of particularity, and did not sufficiently limit the scope of the search…. The record is silent, however, as to how MetroPCS conducted its search[es] in order to comply with the warrant[s], and does not indicate what information, if any, MetroPCS provided to the Commonwealth beyond the … text messages” that were introduced at trial. In Holley’s case, those “messages were all sent or received” over a three-day period (from two days before the shooting to the day after the shooting). In Pritchett’s case, the messages spanned a period “from four days before the shooting … until the early morning hours after the shooting.” The Court concluded that in these circumstances, the expansive scope of the warrants did not prejudice the defendants because, at trial, the Commonwealth did not exploit the lack of particularity.

If you or a loved one is charged with a crime, you will need a skilled lawyer to help you navigate through the criminal justice system, fight zealously to protect your rights, and obtain the best outcome possible for you. Attorney Daniel Cappetta is a former assistant district attorney and knows the ins and outs of criminal practice from both sides of the courtroom. Let him put his experience to work for you – call for a free consultation today.