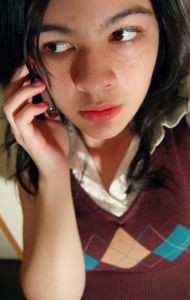 In Commonwealth v. Ferreira, the SJC ruled that the judge erred in permitting the Commonwealth to introduce evidence of a purported adoptive admission by the defendant, but that the error did not warrant the reversal of the defendant’s conviction of first degree murder.

The background was as follows. The victim was stabbed to death six months after the breakup of her romantic relationship with the defendant. After the breakup, the victim entered into a relationship with a married man. The defendant told the victim’s sister Ana that he was “dismay[ed] over the victim’s decision to date” that man. In the early morning hours on the day of the killing, the victim was found lying in a pool of blood outside the back door of her apartment building. She had been stabbed to death. During the investigation of the killing, Ana told the police that she suspected that the defendant was the perpetrator. Officers who interviewed the defendant “noticed injuries on the back of [his] hands.” Forensic testing of DNA from the injured areas revealed “that the victim was included as a possible contributor.” Pursuant to a search warrant, the police seized from the defendant’s apartment a pair of bloodstained sneakers. Forensic testing showed that DNA from both sneakers matched the victim’s DNA profile. At the trial, over the defendant’s objection, the judge permitted Ana to testify about the purported adoptive admission. She stated that “when she learned of the victim’s death …, she called the defendant” and accused him of being the perpetrator, saying, “‘You killed my sister. You can run. I’m gonna kill you. I’m gonna kill your family. I’m gonna kill your children. I’m gonna kill everyone.’” Ana testified that “[t]he defendant hung up. Immediately after this testimony was introduced, the judge gave a limiting instruction” informing the jury that in order to use this evidence against the defendant, they had to “be sure that the defendant ‘heard any accusation and understood its significance.’ She further instructed that the jury must be ‘satisfied that it is a fair conclusion that a person would always speak up in a situation like that if he were innocent. After all, no one is required to respond to any negative comment made about him, and there may be other factors in a given situation apart from guilt or innocence with respect to the particular accusation that might explain why a person did not choose to respond.’” On appeal, the defendant challenged the judge’s decision permitting the introduction of Ana’s testimony.

In its decision, the SJC opined that “where Ana had called the defendant and was expressly threatening to hunt him down, and kill him and his family, the judge’s decision to allow the introduction of these statements as an adoptive admission was an abuse of discretion. The Court noted that “[t]o prove that a statement was an adoptive admission on the basis that a defendant remained silent in the face of an accusation, the Commonwealth must establish [among other things] that … the defendant heard and understood the statement; … and [that] the context was one in which an individual would have been expected to respond to an accusation of criminal conduct…. ‘Evidence of this nature is to be received with caution, … due to the fact that the meaning of a defendant’s response, or lack thereof, to an accusatory statement is often ambiguous.’ Commonwealth v. McKenzie, 413 Mass. 498, 506 (1992).” Regarding the defendant’s silence in this case, the Court stated, “We cannot say that it would be reasonable to believe that someone receiving such a threatening telephone call ordinarily would respond by denying having killed anyone. Hanging up the telephone and refusing to deal further with an irate and threatening caller would appear to be a natural response, and, in any event, cannot be seen as an admission of guilt.” Nonetheless, in the Court’s view, “there was no prejudice to the defendant” as “the case against [him] was overwhelming.”

If you or a loved one is charged in a criminal case, you will need an attorney to make sure improper evidence is not admitted against you at trial. Attorney Daniel Cappetta is well versed in criminal and evidentiary law and always makes sure his client’s rights and objections are protected and preserved.  Call him today and put his expertise to work for you.