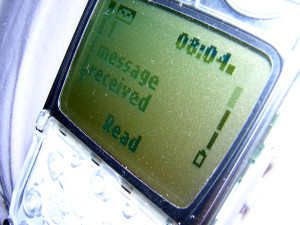 In Commonwealth v. Mulgrave, the Supreme Judicial Court held for the first time that a text message could constitute an excited utterance under Massachusetts law. An excited utterance is an exception to the rule prohibiting the admission of hearsay. A statement qualifies as an excited utterance if it: (1) follows an occurrence or event sufficiently startling to render inoperative the normal reflective thought processes of the observer; and (2) the statement was a spontaneous reaction to the occurrence or event and not the result of reflective thought. The rationale that justifies this hearsay exception is that a person who has witnessed a shocking or traumatic event tends to speak what comes spontaneously to mind, without energy or disposition to invent lies so the statement may be deemed trustworthy for as long as the stress of the startling event continues. The court considers the following factors in determining the admissibility of a statement as an excited utterance: (1) the degree of excitement displayed by the declarant; (2) whether the statements are made at the scene of the traumatic event or elsewhere; (3) the temporal closeness of the statement to the act it explains; and (4) the degree of spontaneity, including whether the statements was volunteered by the declarant without the prompting of a question. Although the SJC has routinely ruled that written statements do no qualify as excited utterances given the fact that a written statement is generally not “spontaneous,” as it requires at least some reflective thought, the Court chipped away at this rule in the Mulgrave decision.

The facts of the case are as follows: the defendant and the victim in the case were married, but their relationship was deteriorating. During a heated argument between the two, the victim sent a text message to her son stating that “[the defendant] is threatening to kill me I am scared he said if I pick up the phone he will kill me.’” Six minutes after the victim sent the text message, she telephoned 911 and reported that the defendant was stabbing her. A few minutes after that, she was found barely breathing and lying in a pool of blood. She ultimately succumbed to her injuries. At trial, the Commonwealth sought to introduce the victim’s text message as evidence against the defendant.In its decision, the SJC acknowledged that it has “not previously approve[d] admission of text messages or any other writing under the spontaneous utterance exception to the hearsay rule,” but stated that it has “acknowledged that a written statement may be considered a spontaneous utterance if it satisfies … heightened indicia of reliability.” The Court stated that in this case, such indicia of reliability were present. The Court specifically noted that “the tone and manner of the declarant, as evidenced by the writing itself, support[ed] a determination that [the victim’s] statement was spontaneous, and thus reliable.” The Court pointed to the fact that “the message was one sentence without any punctuation” and that it “related only to the circumstances of the threat to the victim’s safety and her reaction (fear) to that threat.” Additionally, the Court found that the text message was admissible because it satisfied the confrontation clause of the Sixth Amendment, which bars the admission of testimonial out-of-court statements by a witness who does not appear at trial unless the witness is unavailable to testify and the defendant had an earlier opportunity for cross-examination. The Court disagreed with the defendant’s characterization of the text message as a “testimonial” statement, i.e., one that a reasonable person in the victim’s position would anticipate being used against the accused in the prosecution of the crime. Rather, in the Court’s view, the statement was “more properly characterized as one made in the context of an ongoing emergency for which the victim sought assistance.”

Unfortunately, the issue of whether an out of court statement is admissible under this exception arises all too often. The Commonwealth regularly attempts to admit statements of non-cooperating witnesses into evidence, particularly in cases alleging domestic violence, where an alleged victim frequently chooses not to testify. The admissibility of such statements may significantly impact a case and may make the difference between a dismissal and a potential trial. If you or a loved one is facing such a situation, it is of the utmost importance that you have an attorney who is well versed in evidentiary issues and who will be in the best position to successfully argue against admission of damaging statements under this exception. Attorney Daniel Cappetta is an experienced and skilled attorney who knows excited utterance case law inside and out. Call him for a free consultation today.