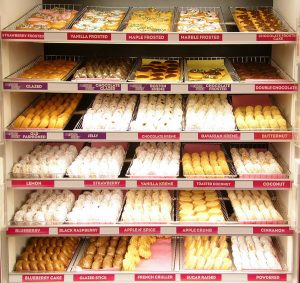 In reversing the denial of the defendant’s motion for a new trial on an indictment charging him with first-degree murder, the SJC ruled in Commonwealth v. Ware that a substantial likelihood of a miscarriage of justice was created by the prosecutor’s failure to correct a state trooper’s false testimony regarding inculpatory statements purportedly made by the defendant.

The background was as follows. “Shots were fired into a crowd attending an outdoor baby shower … around 11:00 p.m. on April 25, 2009. Multiple people were injured, and one person was killed.” The Commonwealth’s theory at trial was that “[t]he defendant and the victim’s boyfriend were members of rival gangs” and that the defendant intended to kill the boyfriend at the baby shower, but “inadvertently killed the victim instead. Nobody at trial identified the defendant as [the] shooter. A resident of the area testified that she saw three people jump into her back yard after she heard gunshots just before 11:00 p.m. on April 25, and that her back yard abuts a Dunkin’ Donuts. The Dunkin’ Donuts is roughly a five-minute walk from the crime scene. The defendant’s marijuana dealer, David Barros, testified that the defendant telephoned and asked for a ride on the night of the shooting. Barros picked up the defendant around 11:30 p.m.” A state trooper who interviewed the defendant in the course of the investigation “testified that … the defendant stated that … Barros ‘picked him up in the area of Dunkin’ Donuts.’” “However, the … interview transcript reveals that the trooper characterized falsely the defendant’s statements regarding where [he] was picked up…. The defendant never stated that he was picked up at or near the Dunkin’ Donuts. He pointedly denied on at least four occasions being picked up there … and he consistently asserted that he was picked up at his house.” After his conviction, the defendant moved for a new trial on the basis of the trooper’s false testimony. The judge denied the motion and the defendant appealed.

While the fight to overturn a conviction is by no means easy, it is important to make sure that every client gets the outcome he or she deserves. If you or a loved one has been convicted, you will likewise need a skilled attorney to handle your appeal and/or motion for a new trial where the Commonwealth has failed to fulfill its professional and ethical obligations. Attorney Daniel Cappetta is as dedicated to his clients, has handled many appeals, and has filed numerous motions for new trials to obtain the right results for his clients. Call him for a consultation.