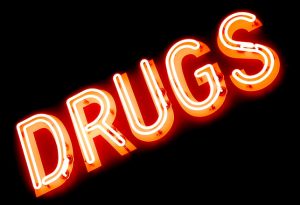 The issue of Annie Dookhan, the disgraced state chemist convicted of tampering with drug evidence in thousands of criminal cases, was once again in the headlines this past week.

An article published by Courthouse News Service, addressed a recent hearing relating to the cases impacted by Dookhan’s misconduct. During the hearing, which took place before the full panel of the Supreme Judicial Court, the attorneys from the ACLU, the public defenders, and the Commonwealth’s district attorneys once again argued about how to most effectively handle the 34,000 plus cases tainted by Dookhan’s conduct.

The attorneys from the ACLU and public defenders asked the SJC to issue a blanket order vacating the sentences of all those impacted by Dookhan on the ground that the state’s district attorneys have failed to remedy the problem within a reasonable time frame. Matthew Segal, legal director for the ACLU of Massachusetts, argued that “What has happened since the exposure of Dookhan’s misconduct is a failure to deliver justice,” noting that it took four years for the DA offices to produce a list of those defendants affected. “What we’re talking about now is the integrity of the system itself.”

The article states that when the list of 24,481 cases in which Dookhan impacted the guilty verdict was released in May, the state sent out notices to 20,916 people, of which 5,762 came back as “return to sender.” Of the remaining letters, only 779 were mailed back. Susanne O’Neill of the Norfolk DA’s office argued that this was because many of those affected were only partially impacted by Dookhan, as other evidence also contributed to their convictions. She also argued that those who have already served their sentences would be reluctant to reopen that part of their lives.

O’Neill’s point, however, was quickly challenged by SJC justice Geraldine Hines, who responded “In what world does a defendant who has been convicted on evidence that we assume was attributable to government misconduct, in what world do they not want to make that right? It sounds like the Commonwealth is saying that this class of people doesn’t care. I cannot imagine that if people are given notice and are aware of their rights that they would not be like everybody else and want justice.After Dookhan’s tainted test results initially came to light, the sheer number of cases involved concerned those in the court system, who worried that there may not be enough resources to retry every individual. Segal told the court that he believed that “the reason there hasn’t been a flood of cases is because there hasn’t been an ability to access justice.”

Attorney Benjamin Keehn of the public defenders’ office told the court that if the defendants had all responded to the letters, the state would face a crisis over a shortage of available attorneys. Keehn underlined the importance of the issue at hand, stating: “We’re talking about convicting people with fraudulent evidence. Short of blowing up the courthouse, it’s hard to conceive of a greater threat to this court system.” He added that “these cases don’t just handle themselves. The only reason that this has not completely crippled the [public defender] agency is because there has been no effort for four years to actually identify these individuals.”

An assistant DA for Essex County countered that concern over the lack of available public attorneys was based on assumption rather than fact. He asserted that CPCS and ACLU were “not saying that there is a flood of Dookhan notices. They are saying that were all 20,000 defendants to come forward, then they would not be able to serve them,” adding that such a conclusion is “purely speculation.”