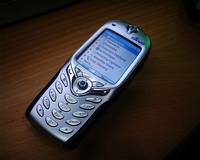 In Commonwealth v. Almonor, which “raises an issue of first impression in Massachusetts,” the Supreme Judicial Court opined that the warrantless “police action causing [the defendant’s] cell phone to reveal its real-time location constitute[d] a search in the constitutional sense under … art. 14 of the Massachusetts Declaration of Rights.” Ultimately, however, the Court concluded that suppression was not required because the search “was reasonable under the exigent circumstances exception to the search warrant requirement.”

In its decision, the SJC stated, “The intrusive nature of police action that causes an individual’s cell phone to transmit its real-time location raises distinct privacy concerns.” “[O]ur society would certainly not expect that the police could, or would, transform a cell phone into a real-time tracking device without judicial oversight.” The Court “conclude[d] that by causing the defendant’s cell phone to reveal its real-time location, the Commonwealth intruded on the defendant’s reasonable expectation of privacy…. The Commonwealth therefore conducted a search in the constitutional sense under art. 14.” The Court then considered whether the “police were confronted with an exigency such that it was impracticable for them to obtain a warrant.” The Court “conclude[d] that under the circumstances at the time the defendant’s cell phone was pinged, the police had reasonable grounds to believe that obtaining a warrant would be impracticable because taking the time to do so would have posed a significant risk that the [defendant would] flee,” “that [he] would attempt to conceal or destroy the shotgun” with which he killed the victim, or that “the safety of the police or others [would] be endangered…. Faced with this exigency, the police acted entirely reasonably in pinging the defendant’s cell phone” without a warrant, in order to determine its location. “Accordingly, the motion judge erred in concluding that the [police action] was not justified by exigent circumstances.”

New technologies have brought new methods for law enforcement to conduct searches and seizures. If you or a loved one is facing charges in which the police used such methods to obtain evidence against you, it is of critical importance that you have a lawyer who can properly advise you as to what steps can and should be taken to challenge the admissibility of evidence and limit your exposure.  Attorney Daniel Cappetta is well versed in search and seizure law and will fight to protect your Constitutional rights. Call him for a free consultation today.