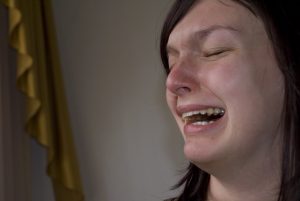 In Commonwealth v. McGonagle, the Supreme Judicial Court addressed two questions relating to judicial consideration of victim impact statements. In the decision, the Court affirmed the judge’s sentencing decision holding (1) that the “judge’s consideration of victim impact statements ‘as to a recommended sentence’ [under G.L. c.258B, §3(p)] [was] constitutional;” and (2) “that a victim’s right to recommend a sentence pursuant to [the statute] satisfies the requirements of due process.”

The background was as follows. “[A] jury convicted the defendant … of assault and battery…. At the … sentencing hearing, the Commonwealth requested that the defendant be sentenced to two and one-half years in a house of correction, the maximum possible sentence under the statute, to be served from and after his release on an unrelated one-year sentence…. Immediately after the Commonwealth’s recommendation, the victim gave an impact statement, during which he told the judge, ‘I would like … for [the defendant] to get the maximum [sentence], and not concurrent.’ The defendant then requested a sentence of nine months … to be served concurrently with his unrelated sentence. The judge sentenced the defendant to eighteen months in a house of correction to be served concurrently with the sentence he was then serving. This was a lesser term of imprisonment than the maximum possible sentence or the sentences recommended by both the Commonwealth and the victim. The judge did not explicitly reference the victim’s statement, but explained that in deciding the appropriate sentence, he placed great weight on the victim’s injuries and the defendant’s criminal record.” On appeal, the defendant “challenge[d] the portion of [G.L. c.258B, §3(p)] that permits victims to provide an impact statement ‘as to a recommended sentence.’ The defendant relie[d] on Booth v. Maryland, 482 U.S. 496 (1987); … and Bosse [v. Oklahoma], 137 S.Ct. 1 [2016] [per curiam] to support his claim that a victim’s recommendation as to a particular sentence violates the proscription against cruel and unusual punishments under the Eighth Amendment, and its ‘cruel or unusual punishments’ counterpart under art. 26 [of the Massachusetts Declaration of Rights]. The defendant further contend[ed] that allowing a victim to recommend a particular sentence violates due process.”

In its decision, the SJC stated that “[w]hile the prohibition on … victim impact statements [recommending a specific sentence, as] announced in Booth and reaffirmed in Bosse[,] remains binding precedent in capital murder trials, that prohibition has no application here for two reasons. First, this is not a capital murder case. The Supreme Court in Booth, [] at 509 n.12, expressly relied on the unique character of the death penalty … in rendering its decision…. Second, the victim impact statement in this case was made to a judge who imposed the defendant’s sentence, not to a jury.” “The dangerous uses to which a jury in a capital murder trial may put a victim’s recommendation as to a particular sentence are not present at a noncapital sentencing proceeding before a neutral, impartial judge.”

As to the defendant’s due process claim, the SJC stated, “Since [G.L. c.258B, §3(p)] provides a mechanism for victims to participate in the sentencing process in a way that enhances judges’ understanding of the impact of the crime, we reject the defendant’s argument that the [statute] lacks a rational basis.”

If your or a loved one is facing the possibility of a criminal sentence, it is of the utmost importance that you are represented by an attorney who understands the importance of sentencing advocacy, and we is in a position to make the most persuasive argument possible to obtain the most favorable sentence. Attorney Daniel Cappetta represents his clients zealously, from arraignment, to trial, on appeal, and at sentencing hearings if necessary. Call him for a free consultation today.