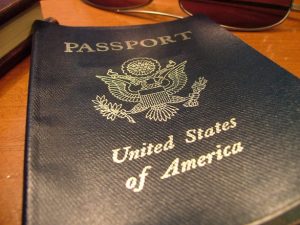 In Commonwealth v. Petit-Homme, the Supreme Judicial Court reversed the denial of the defendant’s motion to withdraw his admission to sufficient facts, because during the defendant’s plea colloquy, the judge failed to give him the warning as to immigration consequences mandated by G.L. c.278, §29D.

The background was as follows. “The defendant … currently faces deportation based in part upon an admission to sufficient facts for a finding of guilty on two counts of assault by means of a dangerous weapon. During the plea colloquy conducted in connection with that admission, the judge warned the defendant about certain ‘practically inevitable’ immigration consequences that would arise if the defendant did not have United States citizenship and ‘if … the crime admitted to is one that presumptively mandates removal from the United States’ (emphasis added), as required by Mass. R. Crim. P. 12(c)(3)(A)(iii)(b). The judge neglected, however, to recite the following, more general words of warning prescribed by G.L. c.278, §29D: ‘If you are not a citizen of the United States, you are hereby advised that the acceptance by this court of your plea of guilty, plea of nolo contendere, or admission to sufficient facts may have consequences of deportation, exclusion from admission to the United States, or denial of naturalization, pursuant to the laws of the United States.’ The same statute requiring oral delivery of this warning at all criminal plea colloquies further provides: ‘If the court fails so to advise the defendant, and he later at any time shows that his plea and conviction may have or has had one of the enumerated consequences, … the court, on the defendant’s motion, shall vacate the judgment and permit the defendant to withdraw the plea of guilty, plea of nolo contendere, or admission of sufficient facts, and enter a plea of not guilty.’…. [O]ne and one-half years after the plea colloquy, following the commencement of deportation proceedings, the defendant [filed a motion] to withdraw [his] admission based on the contention that the judge failed to provide the statutory warning.” The motion was denied and the defendant appealed.

In its decision, the SJC stated, “Given the complexity of Federal immigration law, the offense- specific warning provided to the defendant in the instant case is confusing, and it is neither equivalent to, nor an adequate substitute for, the more general advisory that G.L. c.278, §29D, entitles every criminal defendant to receive.” “[T]he warning given to the defendant here does not equate to a plain statement of three specific immigration consequences that ‘may’ occur, as the Legislature prescribed. Instead, the defendant was told that certain crimes ‘presumptively mandate[] removal’ and would make immigration consequences ‘practically inevitable’ — but without receiving any indication whether the defendant’s own offenses … constitute that type of crime.” “To comprehend whether … [this] warning applies to a particular defendant therefore requires both a thorough, nuanced understanding of Federal immigration law and often a significant quantity of personal information about the particular defendant (including immigration history and status, criminal record, and the nature and circumstances of the pending charges).” “Without the general statutory warning [set forth in G.L. c.278, §29D,] the … warning [given to the defendant was] therefore too technical, legalistic, and complex in its application to be particularly informative.”

Although the potential consequences of a criminal conviction are significant for any person, such consequences may be especially dire for non-citizens. It is of the utmost importance that any non-citizen charged with a criminal case know the potential consequences of a plea. AttorneyDaniel Cappetta has significant experience representing both citizen and non-citizen clients in criminal matters. He makes sure that all of his clients are fully informed, both by him, and by the court. If you or a loved one is charged with a criminal case that may have immigration implications, call Attorney Cappetta today for a thorough evaluation of your case.