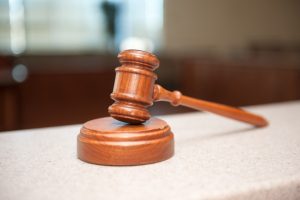 The Supreme Judicial Court recently issued a decision in a petition filed under G. L. c.211, §3, ruling that the public defender’s office, not judges, have the independent authority to decide who represents indigdent defendants in court. In the decision – Deputy Chief Counsel for the Public Defender Division of CPCS v. Acting First Justice of The Lowell District Court – the SJC “affirm[ed] CPCS’s independent authority under G. L. c.211D [and S.J.C. Rule 3:10] to select and supervise attorneys for indigent defendants in the pilot program it had launched in the drug court session of the Lowell Division of the District Court Department (drug court).”

In its decision, the SJC agreed with CPCS’s argument. The Court stated, “Although we acknowledge and appreciate the important and special role of the drug court in achieving important public policy interests, we are constrained to follow the clear dictates of G.L. c.211D and S.J.C. Rule 3:10, which vest CPCS with sole and independent authority to assign counsel for indigent defendants.” “[A] judge may not override that authority to accommodate a preference for attorneys willing to assume a collaborative and nonadversarial role in drug court proceedings.” “Where a drug court defendant who is indigent is alleged to have violated the terms of probation, the judge must appoint CPCS as counsel. Counsel assigned by CPCS may be removed only for cause after a hearing.”

Defendants with cases in the criminal justice system face many hurdles – from facing adversarial parties on all sides – including judges, to the stigma of the case itself, to potential collateral consequences. If you or a loved one is facing criminal charges, you will need an attorney who understands these challenges and who can creatively and effectively navigate around them. Attorney Daniel Cappetta is such an attorney. Put his expertise to use for you – call him today for a free consultation.