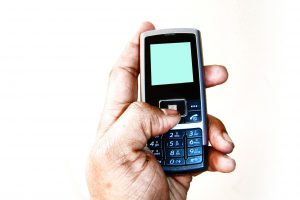 In Commonwealth v. Fragata, the Supreme Judicial Court ruled that the evidence was insufficient to support the defendant’s conviction of intimidating a witness under G.L. c.268, §13B(1)(c)(i).

In its decision, the SJC “agree[d] that the evidence was insufficient to sustain [the defendant’s] conviction … on the theory argued by the Commonwealth at trial.” “The evidence did not permit a rational trier of fact to find that, at the point in time when the defendant took the victim’s cellular telephone, a possible criminal violation had occurred that would trigger a criminal investigation or proceeding in which the victim was likely to be a potential witness, and that the defendant intended to interfere with such an investigation or proceeding.” “There was sufficient evidence to convict the defendant of witness intimidation based on his [assaultive] conduct after he took the victim’s cellular telephone,” e.g., grabbing her arms and throat. “But this alternative ground was not argued by the Commonwealth, and we have no way of knowing whether the jury based their verdict on this alternative ground, for which the evidence was sufficient to convict, or on the theory argued by the Commonwealth, for which the evidence was insufficient to convict.” “In sum, the Commonwealth failed to present a case that the defendant engaged in anything more than abusive speech before he took the victim’s cellular telephone.”

Allegations of domestic violence related offenses are serious, as they carry substantial potential penalties and have numerous potential collateral consequences. If you or a loved one is facing such charges, you will need the assistance of a skilled attorney who will work hard to raise all possible defenses on your behalf, and who knows how to hold the Commonwealth to its burden of proof.  Attorney Daniel Cappetta is such an attorney – call him for a consultation today.