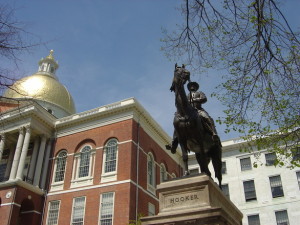 The Massachusetts legislature has been very busy the last few weeks and many of the issues they have acted on are pertinent to criminal law. Since the beginning of March, several bills have made their way through the legislative process. Most are of the bills are still en route to enactment, but some have made it to the Governor’s desk.  Below is a list of bills that have made progress:

Opioid Act: This act was signed by the Governor on March 14, 2016 and goes into effect on July 1, 2016. The Act mandates that individuals presenting in the emergency room or a satellite emergency facility suffering from an apparent opiate overdose will receive, prior to discharge and within 24 hours of presenting in the ED, a substance abuse evaluation. The Act further ensures insurance coverage for the substance abuse evaluation. After the evaluation, the patient may consent to further treatment and the treatment may occur within the hospital if the service is available. If treatment is not available in the hospital, the hospital must refer the patient to another treatment center.

License Suspension: This legislation was signed by the Governor on March 30, 2016 and goes into effect immediately. The Act eliminates the suspension of a person’s driver’s license following a conviction for most drug related offenses (the Act maintain suspension of a person’s driver’s license if he or she is convicted of trafficking of a Class B controlled substance, morphine/opium, or fentanyl, but states that such a suspension shall not exceed five years from the date of conviction, and a person may apply for a hardship license once his or her sentence of incarceration is completed).

Larceny: The Senate endorsed legislation that would raise the felony crime of larceny threshold from $250 to $1,500 on March 14, 2016 (any theft below the new $1,500 threshold would constitute a misdemeanor offense).  The bill was then sent to the House and is currently pending in the House Committee on Ways & Means.  When the Committee releases the bill, it will be taken up by the House and continue to make its way through the process.

Parent-Child Privilege: This legislation proposes a privilege that would prevent parents from being forced to testify against their children.  The bill was reported favorably by the Joint Committee on the Judiciary and ordered to a 3rd reading by the House of Representatives on March 24, 2016, which is an important first step on the road to enactment.  From the House Committee on Bills in Third Reading, the bill will be acted on by the House and then make its way to the Senate.

The bill itself prevents parents from being forced to testify against their children and in doing so affords children the same protections guaranteed to others against self-incrimination.  The bill allows an exception to this protection when a victim is a family member who resides in the same household, but protects communication even in such an instance if it is relative to advice on legal rights and decision-making.  The bill also redefines “parent” to meet the complex and varied family situations that are part of today’s society.

A number of other bills that impact criminal justice have also been reported favorably by the Committees to which they were assigned.  They are as follows:

An Act Relative to Civil Commitment of Mentally Ill Persons to Bridgewater State Hospital: On February 3, 2016, the bill was reported favorably by the Joint Committee Mental Health and Substance Abuse and subsequently referred to the Joint Committee on Health Care Financing. The bill clearly defines that Bridgewater is not a place of detention and prohibits Bridgewater from filing petitions seeking the civil commitment of patients to Bridgewater.  It also gives the Medical Director of Bridgewater the authority to file a petition to seek commitment of a patient to DMH who no longer has any criminal involvement, either because his charges were dismissed or he completed his sentence.

An Act Relative to Adjusting the Credit on Days Imprisoned for Nonpayment of Fines: On March 16, 3016, the bill was reported favorably by the Joint Committee on the Judiciary and subsequently referred to the Senate Committee on Ways & Means.  The bill adjusts the credit calculated for days imprisoned for the nonpayment of a fine against the amount owed.  Existing law allows a credit of $30/day.  This increases the credit to $60/day.  In the past, the credit was adjusted for inflation and updated every 20 years or so.  The last time it was adjusted was circa 1987.

An Act Relative to Tagging: On March 16, 2016, the bill was reported favorably by the Joint Committee on the Judiciary and subsequently referred to the Senate Committee on Ways & Means.  The bill removes the collateral consequence of one year suspension of a driver’s license because of a conviction of such offense.

An Act Relative to the Penalty for Vandalism: On March 16, 2016, the bill was reported favorably by the Joint Committee on the Judiciary and subsequently referred to the Senate Committee on Ways & Means.  The bill removes the collateral consequence of loss of one’s driver’s license for the crime of vandalism.

The above referenced legislation impacts a variety of individuals charged with offenses in the criminal justice system, as well as those facing civil commitment for alcohol and substance abuse disorders. If you or a loved one needs assistance determining how and/or whether these changes impact you, you will need the assistance of an experienced attorney who is up to date on the changes in the law. Attorney Daniel Cappetta is such an attorney. Call him for a free consultation today.