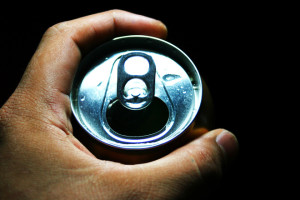 According to an article in the MetroWest Daily News, a Walpole man was recently charged with his fifth drunken driving offense. The article states that the defendant was riding in the passenger seat of his car, which his girlfriend was driving. According to the girlfriend, the defendant was intoxicated and threw a cellular telephone at her. The phone did not hit the girlfriend, but when she pulled over to pick it up, the defendant reportedly hit the her in the face with his hand. The girlfriend then drove to a nearby pizza shop in Ashland to try and get help. When she exited the vehicle, the defendant reportedly grabbed her and tried to pull her back into the car. He then got into the driver’s seat and drove away from her, but hit a parked car as he left. The police stopped the defendant a short distance away, still in the vehicle. The police asked the defendant if he had been drinking, and he stated that he had not. The police also asked if he would be willing to perform field sobriety tests, which he declined to do. According to the article, the police found empty beer cans and nips in the car. When the police ran the defendant’s record, they saw that he had four prior convictions for operating under the influence of liquor. He was subsequently charged with the following offenses: (1) driving under the influence of liquor (fifth offense)); (2) driving to endanger; (3) driving with a license suspended for drunken driving while intoxicated; (4) leaving the scene of an accident; and (5) domestic assault and battery.

As to the third element, a person is “under the influence” of alcohol if he has consumed enough alcohol to reduce his ability to operate a motor vehicle safely, by decreasing his alertness, judgment and ability to respond promptly. Specifically, it means that a person has consumed enough alcohol to reduce his mental clarity, self-control and reflexes, and thereby left him with a reduced or impaired ability to drive safely. The Commonwealth is not required to prove that the defendant actually drove in an unsafe or erratic manner, but it is required to prove that his ability to drive safely was diminished by alcohol.

Here, the only evidence against the defendant appears to be his girlfriend’s statements that he was drunk, the fact that he got into an accident, and the empty alcohol containers. The fact that the girlfriend stated that the defendant was drunk, however, appears to be unsupported by any additional evidence. Specifically, the officers did not appear to observe any of the telltale signs of intoxication, such as bloodshot eyes, slurred speech, the odor of alcohol, or any issues with balance. Additionally, there is no breathalyzer evidence indicating that the defendant’s blood alcohol content exceeded the legal limit. The mere fact that there were empty containers in the car does not indicate impairment, or even intoxication, as it is entirely unclear as to how long the containers had been there, and whether it was in fact the defendant who had drunk them. Finally, the fact that there was an accident is likewise insufficient to show impairment, as many many accidents happen when people are not under the influence at all – to the contrary, the defendant is in a strong position to argue that he and his girlfriend had just gotten into an argument, that he was angry and upset, and that he simply was so flustered from the argument that he failed to pay attention to his surroundings and hit the parked car. Given the fact that there are strong counter arguments to each of the pieces of evidence against, the defendant, he appears to have a strong defense to the charge.

Regardless of any arguments the defendant may raise, however, the charge is a very serious one – it carries a mandatory minimum prison sentence, and a loss of license for a significant period of time. As such, the defendant will unquestionably need a skilled and experienced attorney who is familiar with defending operating under the influence charges, and who can persuasively present the defendant’s arguments to a jury. Attorney Daniel Cappetta has been practicing criminal defense for a number of years and has successfully represented many clients charged with operating under the influence. Let him put his expertise to work for you. Call for a free consultation today.