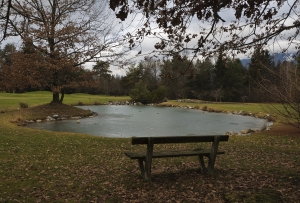 An interesting incident in Wayland recently caught my attention in the Metrowest Daily News.

According to the article, a Wayland man is going to face criminal charges in Framingham District Court for assault and battery with a dangerous weapon. The circumstances leading up to those charges as described by the article are peculiar. Allegedly a group of town residents went to a pond located behind the man’s home to look at some wildlife with flashlights. According to those residents while they were at the pond the man fired a pellet gun in their direction. One of the individuals who was among the residents visiting the pond indicated that she could hear a pellet strike a tree close to her.

Police eventually confronted the man about the accusation, and as a result have seized the pellet gun they believe was involved. Police publicly stated they are seeking assault and battery with a dangerous weapon charges against the man. Those charges will be heard in the Framingham District Court.

I found this case so interesting because the police are quoted in the article as saying that the man has never had any trouble with the law in the past. It is extremely unusual to see a gentleman of the man’ss age be charged with a crime for the first time at age 73.

Unfortunately for the man, the first charge he ever faces is a serious one. Assault and battery with a dangerous weapon is a felony under Massachusetts law. The charge can be indicted and tried in Superior Court where the maximum penalty is 10 years in state prison. Because the charges against the man are the first he has ever faced, it is extremely unlikely prosecutors would seek jail time in his case.

If the reports concerning the man’s lack of prior trouble with the law are accurate he may even be able to get the case disposed of relatively quickly in a manner that will protect his criminal record from any convictions, and assure he will not be threatened with any severe punishments. Whether or not he can obtain such a disposition will be determined in large part on how prosecutors handle the matter, and the path his attorney chooses to defend him.

Currently, the man isn’t helping his case by speaking with the reporter that contacted him for this story. Whenever someone is charged with a crime I always recommend to clients that they do not discuss the case with the police, or with the media. Neither the police nor the media are looking out for the best interests of those they interview in cases like this. The police are looking to build a case to file charges or close their investigation. The media is just looking for a good quote to make a better story. People generally don’t realize that anything they say to the media can be used against them as evidence in their case.

This man, and anyone else charged with a crime or under investigation, is better served by declining to make any comment on their case to both the police and the media, and let an experienced criminal defense lawyer coordinate their response to the charges.