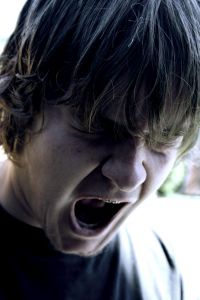 Massachusetts Juvenile Courts were originally established with a mission entirely different from that of the adult District Courts. Juvenile Court is given a mandate to treat juveniles accused of crimes as children in need of age, guidance, and encouragement rather than criminals. To that end, when a child is put on trial for a crime in Massachusetts the jury is not instructed to find the juvenile guilty or not guilty. Instead, they are told if they believe the juvenile is responsible for the accusation they are to find him “delinquent”, rather than guilty.

For years there has been an ongoing debate about what options a judge has in sentencing a juvenile if he or she is found delinquent at trial. Some judges believed that after a trial a judge must enter a delinquent finding on the child’s record, and proceed to sentencing the child. This is in line with what occurs in adult court. In adult court defendants can ask the court to continue a criminal case without any finding against them and go on probation. If the defendant successfully completes probation the charge is dismissed. A defendant can only request this disposition before the trial of their case. After a trial in the adult District Courts if a defendant is found guilty a judge must enter that guilty finding on the record and proceed to sentencing. A judge does not have the authority to continue the case without a finding after trial.

Some Juvenile Court judges have always argued that because of the statutory language related to Juvenile Court they have the authority to continue a case without a finding in Juvenile Court even if the juvenile is found delinquent at trial. This debate was finally settled recently by the Supreme Judicial Court in the decision of Commonwealth v. Magnus M., a juvenile.

In the decision the SJC considered the case of a young man that was found delinquent by a jury for breaking and entering into a motor vehicle in the nighttime. After the jury rendered its verdict, the judge declined to find the juvenile delinquent, and instead continued the case without a finding (“CWOF”). The District Attorney’s Office objected and filed an appeal with a higher court in an attempt to get the CWOF overtuned and a delinquent finding entered.

After considering the the case the SJC came down on the side of the juvenile and the judge that granted the CWOF. In their decision the SJC relied on language in Massachusetts law that distinguishes the mission of the Juvenile Court from that in the adult court system. This is a favorable decision for juveniles facing delinquency charges, and reduces some of the risk associated with taking a case to trial in Juvenile Court.

This example is just one of the many differences between how cases are handled in Juvenile Court and adult court. If your child is facing delinquency or youthful offender charges in Massachusetts you need an experienced juvenile criminal defense lawyer to protect your child and fight for his or her rights. An experience juvenile lawyer will know the crucial differences between the Juvenile Court and adult District Court. As a former prosecutor I was assigned to Juvenile Court in Middlesex County for an extensive period of time, and handled juvenile prosecutions throughout my career as an Assistant District Attorney. Now as a Massachusetts juvenile defense lawyer I fight for children accused of crimes to make sure they are protected from the harsh punishments that can result from a delinquency or youthful offender charge. If you child is facing a delinquency charge or criminal investigation contact me today for a free consultation at 508-762-4540 or use the form on this webiste.