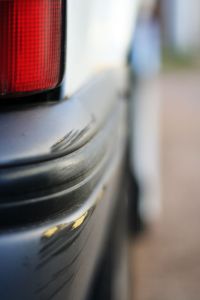 There was an interesting story in the MetroWest Daily News on Friday, written by Norman Miller. Apparently, an Ashland woman drove her car into a parked car, then left the scene, but later came back. According to the article, a resident on Old Worcester Road heard a noise at approximately 1:20 in the morning. The resident looked outside and saw a woman looking at a parked car. By the time the resident went outside to investigate, the woman had left the area. The resident then returned inside and called the police, and then noticed that the woman had returned. According to the article, the woman appeared to be examining the car again. The article indicates that she then drove away.

When they arrived on the scene, the police discovered a Toyota Corolla with serious damage. It appears that police were able to locate and speak with the woman, who told them that she did not know how the damage occurred to the Corolla. The article indicated that the woman appeared to be intoxicated, but refused to take any field sobriety tests. According to the article, the woman was charged with driving to endanger, leaving the scene of property damage and operating under the influence – second offense.

This article caught my eye because it contains some interesting facts. First off, the woman was charged with leaving the scene of property damage. In my experience as a criminal defense attorney, and in my time as a prosecutor in Middlesex County, I have seen this charge many times. Most of us have had the unpleasant experience of a minor fender-bender, and maybe a few us have dinged a parked car and thought “well it’s not a big deal, I’ll just drive away.” But it is a big deal, as the woman has already discovered, because it can lead to a criminal charge.

There is an additional problem with the more serious charge the woman faces: operating under the influence of intoxicating liquor (called an OUI in Massachusetts, but commonly referred to as a DUI). As a former prosecutor and a current DUI defense attorney, I have extensive experience trying these types of cases from both sides. To prove its case, the government must prove that the defendant drove the car, on a public way, and did so under the influence of intoxicating liquor.

In a case like this one, it may be hard for the government to prove that the woman was under the influence of alcohol. According to the article, the woman denied drinking and refused to take any field sobriety tests. The article does not mention a breathalyzer test either, suggesting that the woman did not take one. In such a trial, the only evidence of whether the woman was intoxicated may be the observations of the police officers who spoke with her, and in my experience, the absence of more concrete evidence such as field sobriety tests or a breathalyzer test, makes it hard for the government to reach a conviction.

If you or anyone you know has been arrested on a DUI or leaving the scene of property damage charge, you should consult an experienced defense attorney. As an Ashland criminal defense attorney with experience in these types of cases, I offer a free consultation to potential clients. Call me today for a free consultation at (508) 762-4540 or contact me using the form on this website.