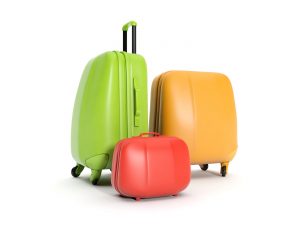 The basic facts were as follows. A police officer (Stilwell) “responded to a call [regarding] a domestic threat at the defendant’s apartment, and was met by Flor Prudencio, the victim. Prudencio shared the one-bedroom apartment with the defendant and their three children…. Prudencio reported that approximately three weeks earlier, she and the defendant had had an argument about the custody of the children. During the argument, the defendant told Prudencio that ‘if he wasn’t able to see the children … he would shoot her and kill her.’ Prudencio went on to tell the officer that she was concerned because the defendant had access to a firearm. Prudencio then brought the officer into the apartment’s only bedroom, which she shared with the defendant and the children. The bedroom had … a single closet. Prudencio opened the closet door. Inside were men’s and women’s clothes, bags on the floor, and children’s items; some of the items were Prudencio’s…. Prudencio pointed to a suitcase on the top shelf of the closet, about five feet up; she stated that the defendant’s firearm was located in the suitcase…. Stilwell pulled the suitcase down…. [It] did not have a locking mechanism” and “[i]t did not have a name or tag on it…. Stilwell opened the suitcase in Prudencio’s presence. Prudencio stated that the firearm was inside a red ‘Huggies’ container within the suitcase. Inside the Huggies container … Stilwell found a loaded revolver and a ‘baggie’ of ammunition. He confiscated the weapon…. Prior to opening the suitcase, … Stilwell did not ask Prudencio to whom the suitcase belonged, nor did Prudencio state whose suitcase it was.” After the issuance of a criminal complaint charging the defendant with firearm offenses and a related offense, he filed a motion to suppress the revolver. The motion was denied. At the ensuing trial, the defendant was convicted on all charges. On appeal, he “acknowledge[d] that Prudencio actually consented orally and, moreover, that she had authority, as the defendant’s coinhabitant, to consent to a search of the apartment and of the closet. But he contend[ed] … that Prudencio’s authority did not extend to the closed, unlocked suitcase.”

In its decision, the Appeals Court opined that “[t]he defendant’s argument is at odds with the ‘common authority’ doctrine adopted in a long line of cases beginning with United Statesv. Matlock, 415 U.S. 164 (1974).” The reasoning of Matlock, stated the Appeals Court, “was that coinhabitants have ‘assumed the risk’ [id. at 171 n.7] vis-à-vis each other, such that any of them can permit a search of a common area, including items kept in such an area.” That “reasoning … was adopted in Porter P., [456 Mass. 254, 262 (2010)].” These decisions “reflect[] the common understanding that coinhabitants of a home have a greatly diminished expectation of privacy vis-à-vis each other, at least as to ‘common areas,’” such as the bedroom closet here. Moreover, “Prudencio’s authority to consent to a search of the … closet [did not] stop at the boundary of the suitcase. In coinhabiting as he did, and leaving his gun unlocked in a closet used by all, the defendant made a ‘significant sacrifice of individual privacy’ vis-à-vis Prudencio, and ‘assumed the risk’ that she would … consent to a search of [the suitcase]. See [United Statesv.] Bass, 661 F.3d [1299,] 1305-1306 [10th Cir. 2011].”

If you or a loved one were subjected to a search by the police and charged with a crime as a result of evidence recovered from the search, you will need an experienced attorney to review your case for a possible motion to suppress, and cogently litigate any such motion.  Attorney Daniel Cappetta has successfully argued countless motions to suppress and is ready, willing, and able to take your case on. Call him for a consultation today.