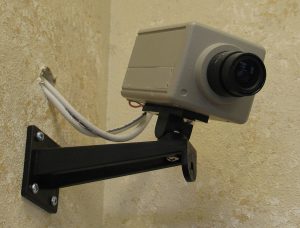 In Commonwealth v. O’Neal, the Appeals Court reversed the denial of the defendant’s motion for a new trial on an indictment charging him with assault and battery by means of a dangerous weapon, because the Commonwealth failed to preserve a videotape of the incident.

The background was as follows. Police officers responded to reports of an altercation outside a bar. At the scene, the defendant “was yelling at” some other people. He was “unsteady on his feet, smelled of alcohol, and had slurred speech. Concluding that the defendant was intoxicated, the officers placed him into protective custody … and transported him to the police station…. Once at the station garage, the defendant was unwilling or unable to exit the cruiser. The officers therefore pulled him out of the vehicle, and placed him on the ground after he could not, or would not, stand. At that point, the officers radioed their supervisors inside the station for assistance, and they were brought a restraint chair to transport the defendant to the booking area. A restraint chair is designed to immobilize unruly detainees. It has a seat that is tilted so that … the person sitting there is lying back at an angle with his knees elevated above his hips. The chair has straps to be used to hold in place a detainee’s wrists, ankles, lap and shoulders. In this instance, however, the officers did not use the available straps to secure the defendant…. Instead, after placing him in the chair with his hands handcuffed behind his back, they left him that way for the trip into the station. According to the defendant, who testified at trial, this meant that his entire weight fell on his handcuffed wrists, causing him ‘excruciating pain.’…. The failure of the police to secure the defendant in the restraint chair appears to be at odds with a written policy that emerged only in postconviction discovery…. At least at one point during the trip from the garage to the booking area, the defendant’s [unsecured] foot … was hanging off the side of the chair,” thus “imped[ing] the movement of the chair…. [In response,] the police officers tilted the restraint chair back in order to keep [it] moving…. The defendant described the tilting of the chair as a sudden jerking that caused him to flail in it. He admitted that his foot came into contact with one of the officers, but he characterized it as an accidental ‘knee-jerk reaction’ to the sudden tilting of the chair. The officers described it as a … deliberate [and forceful] kick to the … stomach,” which the officer who was struck described as painful. On the basis of the alleged kick, the defendant was indicted for assault and battery by means of a dangerous weapon, a shod foot.

“Unbeknownst to the defendant prior to trial, the police station was outfitted with closed circuit surveillance cameras [which recorded activity] in all of the areas through which the defendant was transported in the restraint chair…. However, the system was set up so that, on a ten-week cycle, recordings [were] automatically recorded over. As a result,” the recording of the defendant being transported in the restraint chair was destroyed. The existence of this recording system was not revealed to the defense until defense counsel’s cross-examination of a police witness at trial, a circumstance that impelled the defendant to request a mistrial. The request was denied and the defendant was convicted. In due course, he “filed a motion for a new trial that was based primarily on the Commonwealth’s failure to preserve and disclose the video recording.” The motion was denied and the defendant appealed.

In its decision ordering a new trial, the Appeals Court noted the “uncontroverted” fact that “despite the prosecutor’s having been aware that a video recording of the booking area once would have existed[,] she never overtly called this to the defendant’s attention prior to trial.” The Court concluded that the Commonwealth “was negligent both in failing to preserve the recording and in failing … to disclose” the fact that it had existed. Moreover, “the defendant suffered both potential prejudice from being deprived of the recording and actual prejudice from being deprived of using the fact that the recording had been destroyed.”

The Commonwealth has specific discovery obligations in terms of what evidence it is required to provide to defense counsel.  The provision of such discovery, or lack thereof, may have a critical impact on a defendant’s ability to defend himself in relation to his case.  If you or a loved one is charged with a crime, it is extremely important that you have an attorney who will make sure that the Commonwealth fulfills all of its discovery obligations, and who will seek the appropriate recourse if it fails to do so.  Attorney Daniel Cappetta is such an attorney – as a former assistant district attorney, he is well versed in the Commonwealth’s duties and obligations and, as an experienced defense attorney, he knows how to make sure the Commonwealth is held to them.  Call him for a consultation today.