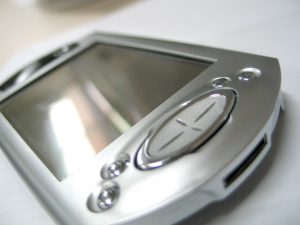 In In the Matter of a Grand Jury Investigation, the Appeals Court affirmed the trial judge’s order directing the petitioner to enter his personal identifying number (PIN) access code into his Apple iPhone, and the subsequent judgment of contempt that the trial judge imposed on the petitioner for refusing to comply with the order.

The background was as follows. In connection with a criminal investigation, the police procured a warrant authorizing a search of the contents of the petitioner’s iPhone. In order to enable the police to conduct the search, a “grand jury requested that an assistant district attorney seek” a judicial “order that the petitioner produce the PIN code and any other electronic key or password required for the iPhone.” The Commonwealth moved for such an order. “The motion, the proposed order, and two additional documents were filed in [the Superior Court] under seal…. One of the additional documents was a statement showing the petitioner’s ownership and control of the iPhone and the Commonwealth’s knowledge thereof…. After a hearing, … the Commonwealth’s motion was allowed, and an order entered detailing the protocol by which the petitioner would enter the PIN code so that the search warrant could be executed…. When the petitioner refused to comply with the order,” he “was adjudicated in civil contempt…. This appeal followed.”

In its decision, the Appeals Court noted that “[w]hen the Commonwealth compels a witness to produce evidence, the act of production itself may implicate Fifth Amendment concerns. Commonwealth v. Gelfgatt, 468 Mass. 512, 520 (2014). This is so because the act itself could be considered testimonial. Id. at 520-521. However, “even if the compelled production … force[s] the accused to disclose a statement of fact, the sought-after information may lose its testimonial character and not violate the defendant’s Fifth Amendment rights if the information provided is a ‘foregone conclusion,’ [id. at 522],” i.e., if the government already possesses the information. “The foregone conclusion exception has applied when the government independently and with specificity established the authenticity, existence, and possession of the compelled information. [Id.]” In the Appeals Court’s view, that was the situation here. “[T]he Commonwealth demonstrated sufficient knowledge to show that the factual statements that the petitioner’s act of entering his PIN code would convey are foregone conclusions. As summarized in the grand jury materials submitted to the judge under seal, the Commonwealth already knew that the iPhone contained files that were relevant to its investigation based, in part, on information provided by the petitioner. In addition, the Commonwealth knew that a PIN code was necessary to [gain] access [to] the iPhone, that the petitioner possessed and controlled the iPhone, and that the petitioner knows the PIN code and is able to enter it. Accordingly, the Commonwealth established independently and with specificity the authenticity, existence, and possession of the compelled information. Thus, the [judge’s] order does not require the petitioner to communicate information that would fall within constitutional self-incrimination protection.”

Also in this decision, the Appeals Court rejected the petitioner’s contention “that he was entitled to discovery … [of] the documents submitted to the judge under seal.” The Court explained that “[t]he petitioner has not been charged with a crime…. Until he is a criminal defendant, [he] is not entitled to discovery of any grand jury materials or the status of the grand jury investigation.”

The interplay between technology and criminal investigations is increasing every day. Law enforcement continues to seek information relating to suspects’ private technologies, including cell site location information, emails, text messages, and even smart speakers. Whether law enforcement prevails in its attempts may make or break a case. If you or a loved one is facing charges in which law enforcement is attempting to obtain or has obtained such information against you, it is of critical importance that you have a lawyer who can properly advise you as to what steps can and should be taken to protect your information, challenge any such seizures/searches, and limit your exposure. Attorney Daniel Cappetta is well versed in search and seizure law and will fight to protect your Constitutional rights. Call him for a free consultation today.