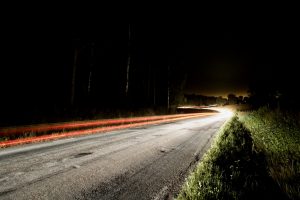 In a recent Appeals Court decision, Commonwealth v. Ross, the Appeals Court ruled that the evidence was sufficient to support the defendant’s conviction of negligent operation of a motor vehicle.

In its decision, the Appeals Court noted that “[t]o obtain a conviction for negligent operation of a motor vehicle pursuant to G.L. c.90, §24(2)(a), the Commonwealth must prove that the defendant” drove “negligently so that the lives or safety of the public might be endangered.” “Here,” stated the Court, “the defendant was driving at least fifteen miles per hour over the speed limit on a dark tree- and fence-lined road, at night, through a residential area. The road was narrow; there were no curbs, breakdown lanes, or guardrails to mitigate the risk if the defendant lost control of his vehicle. The defendant’s relatively high speed increased the probability of a collision by impairing the defendant’s ability to react to hazards — whether expected or unexpected, natural or human — likely to occur in the area…. Moreover, the defendant was driving with passengers on the Friday night of Memorial Day weekend, in a vehicle smelling strongly of alcohol…. The evidence allowed the jury to find that the defendant was under the influence of alcohol to such an extent that [his] physical condition was impaired during the field sobriety tests…. The fact that the jury ultimately did not convict the defendant of OUI does not preclude their consideration of the evidence of intoxication in considering the negligent operation charge…. In these circumstances, especially in light of the evidence of the defendant’s intoxication, a reasonable jury could conclude that he acted negligently.”

The Court’s conclusion that the minimal evidence in this case – essentially that the defendant was speeding and that he had been drinking – is sufficient for a conviction for negligent operation is extremely concerning for anyone charged with such an offense. If you or a loved one is charged with negligent operation, it is extremely important that you have an attorney who is familiar and up to date with the case, and who is able to distinguish the facts of this case from any similar factual allegations levied against you. Attorney Danile Cappetta is well versed in the law and has successfully defended many clients in similar cases. Call him for a free consultation today.