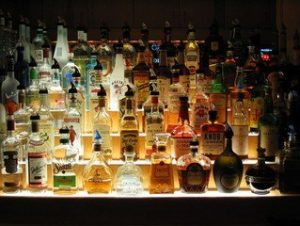 The Supreme Judicial Court recently issued a decision – Commonwealth v. Wolfe – which vacated a defendant’s conviction of operating a motor vehicle while under the influence of alcohol because the judge erroneously instructed that the jury “should disregard the lack of evidence of a breathalyzer test, blood test, or field sobriety test.”

The background was as follows. At 2:00 a.m. on the date in question, a police officer observed the defendant’s vehicle “being driven with a broken taillight. The officer followed the vehicle for [several] minutes. During that time, [he] witnessed the vehicle cross the double yellow line in a ‘jerking motion’ to avoid hitting a snow bank, and later saw the vehicle cross the double yellow line again while executing a turn. The officer then stopped the vehicle…. Upon approaching the vehicle, the officer observed the defendant in the driver’s seat with ‘bloodshot glassy eyes, slurred speech and a distinct odor of alcohol coming from his breath when he spoke.’…. The defendant gave ‘delayed’ responses to several of the officer’s questions. The officer then asked the defendant to step out of the vehicle and walk back to the officer’s patrol vehicle. During this walk, the defendant used his own vehicle ‘for balance.’ Another officer at the scene testified that the defendant was ‘swaying’ and ‘unsteady on his feet.’ The defendant was placed under arrest and transported to the … police station for booking.” At the defendant’s trial, “[t]here was no mention … of the lack of a breathalyzer test or other alcohol-test evidence. Nevertheless, the judge instructed the jury, over the defendant’s objection, not to consider the absence of breathalyzer tests, field sobriety tests, or blood tests.” In his appeal, the defendant challenged the judge’s instruction.

In its decision, the SJC ruled that an instruction on the absence of alcohol-test evidence should not be given “unless the defendant requests it.” Therefore, the judge here erred in giving such an instruction over the defendant’s objection. The Court noted that “[t]he challenged instruction was a modified version of an instruction upheld in Commonwealth v. Downs, 53 Mass. App. Ct. 195, 198 (2001). In Downs, the Appeals Court distinguished Opinion of the Justices, 412 Mass. 1201 (1992), and Commonwealth v. Zevitas, 418 Mass. 677 (1994), in both of which [the SJC] held that reference to possible reasons for the absence of breathalyzer evidence violated a defendant’s right against self-incrimination under art. 12 of the Massachusetts Declaration of Rights.” The Appeals Court reasoned in Downs that “because the instruction at issue made ‘no mention either of a defendant’s legal right to refuse to take the breathalyzer or the possible reasons for any refusal,’ [id. at 199-200,] it avoided the art. 12 obstacles identified in Opinion of the Justices and Zevitas. The defendant [here] disagree[d] with that logic and ask[ed] [the SJC] to reject the reasoning of Downs. He argue[d], in effect, that all so-called Downs instructions suffer from the same art. 12 defect found in Opinion of the Justices and Zevitas.” Moreover, “the defendant claim[ed] that giving a Downs instruction unnecessarily introduces the specter of refusal evidence into the jury room and will have the opposite of the intended effect, that is, it will cause the jury specifically to focus on the absence of breathalyzer evidence.” The SJC concluded that the correct “approach is to leave such an instruction to the defendant’s choice.” The Court added that “[b]ecause the defendant objected at trial and argued for this rule on direct appeal, he should have the benefit of this decision, which otherwise shall apply only prospectively.”

Breathalyzer evidence, blood tests, and/or field sobriety test results often play a large role in a defendant’s decision to go to trial. The lack of any such evidence substantially bolsters the strength of a defense to an OUI charge. As the SJC recognized here, however, any jury instruction calling attention to the lack of such evidence may have an adverse effect on a defendant’s case because it invites jurors to speculate as to why such evidence was not admitted. As such, it is of the utmost importance that anyone facing an OUI charge have any attorney who is willing and able to staunchly guard against any negative inferences that might be inadvertently caused by the judge and/or the prosecution. Attorney Daniel Cappetta has successfully represented many clients charged with OUI offenses and always gets the best results possible. If you or a loved on is facing such charges, call him today for a free consultation.