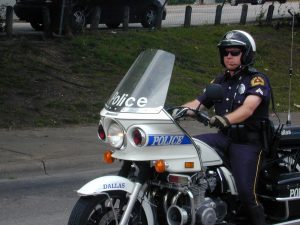 In Commonwealth v. O’Leary, a divided panel of the Appeals Court reversed the trial court judge’s order “dismissing a multiple-count indictment [which charged the defendant with various motor vehicle offenses] on the ground that the police failed to make a timely delivery of the citation pursuant to G.L. c.90C, §2.”

The background was as follows. The defendant was involved in a motor vehicle accident when the vehicle “he was driving left the highway, hit an exit sign, and rolled over five times.” The defendant and his passenger were seriously injured and were transported by ambulance to a hospital. A state trooper (Gray) “followed the ambulances to the hospital. When he arrived at the emergency room, he left his citation book in his patrol vehicle…. Gray … spoke with the defendant. Gray noticed that [the defendant’s] eyes were glassy and his speech was slurred. [Gray] also noticed the odor of alcohol coming from the defendant. The defendant told Gray he had had ‘a couple of beers.’…. At the time of the accident, the defendant was on probation for operating under the influence of alcohol, subsequent offense. His license was suspended and he was not legally permitted to drive…. Gray told the defendant he would be receiving ‘a criminal summons in the mail.’ Gray’s intent was to complete his investigation, file his report with his supervisor, and then send a citation to the defendant. After filing his report with his supervisor, Gray waited nine days for the report to be approved. Once it was approved …, it was mailed to an address on file with the State police. Due to an incorrect zip code, however, it was another five or six weeks before the defendant received the citation in the mail.” After the return of indictments charging the defendant with operating while under the influence of alcohol, negligent operation, and operating with a suspended or revoked license, the defendant filed a motion to dismiss, which was allowed.

In its decision ordering reinstatement of the indictments, the Appeals Court set forth the pertinent language from G.L. c.90C, §2: “‘A failure to give a copy of the citation [for an automobile laws violation] to the violator at the time and place of the violation shall constitute a defense in any court proceeding for such violation, except [1] where the violator could not have been stopped or [2] where additional time was reasonably necessary to determine the nature of the violation or the identity of the violator, or [3] where the court finds that a circumstance, not inconsistent with the purpose of this section to create a uniform, simplified and non-criminal method for disposing of automobile law violations, justifies the failure.’ Commonwealth v. Correia, 83 Mass. App. Ct. 780, 783-784 (2013)…. The purpose of the statute, sometimes referred to as the ‘no-fix’ law, … is to prevent the ‘manipulation and misuse’ of traffic citations, and ‘to afford prompt and definite notice of the nature of the alleged offense to the putative violator.’ Commonwealth v. Pappas, 384 Mass. 428, 431 (1981).” The Appeals Court “agree[d] with the Commonwealth that the present case fits within the third statutory exception [in c.90C, §2], as illustrated by … similar cases” in which the Court “concluded that criminal charges need not be dismissed in circumstances where the violation resulted in serious injuries and the purposes of the statute otherwise were met…. As in [Commonwealth v.] Moulton, [56 Mass. App. Ct. 682 (2002),] the serious nature of the accident and injuries in the present case, causing an ‘ineradicable record of the event,’ Commonwealth v. Kenney, [55 Mass. App. Ct. 514,] 520 [2002], coupled with the officer’s oral notice to the defendant in the hospital that he would be charged, sufficed to put the defendant on notice that criminal charges would follow and met the purposes of the statute.”

Although the defendant’s argument failed in this case, adherence to the requirements of the “no fix” statute are important and a potential way to get a case dismissed that is often overlooked. If you or a loved one is charged with a driving offense and received a citation, you will need an experienced attorney to help you figure out if your case should be dismissed under this statute. Attorney Daniel Cappetta has helped numerous clients charged with driving offenses and is well versed in the various ways to defend these cases to the fullest. Call him for a free consultation.