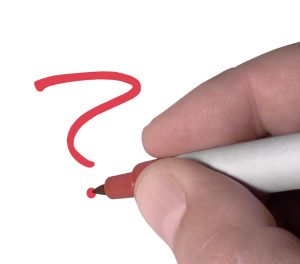 In Commonwealth v. Monteiro, the Appeals Court reversed the suppression of items seized by the police from the defendant’s apartment because the judge erroneously ruled that “the information provided by a first-time, confidential police informant (CI) was [not] sufficiently corroborated by a single, imperfectly executed controlled ‘buy’ of cocaine for the purposes of establishing probable cause [in the affidavit in support of an application for] a warrant to search the defendant’s apartment.”

The basic facts were as follows. A police detective (Gracia) spoke with a first-time CI, who reported that he regularly purchased cocaine from the defendant. Gracia and the CI met “to arrange a controlled buy of cocaine from the defendant. The CI was searched and determined to be free of contraband and money…. Gracia then gave the CI money to purchase cocaine from the defendant…. Gracia and other [officers] maintained surveillance of the CI. They observed the CI walking toward the rear exterior door of the defendant’s apartment building. A short time later, the CI was seen leaving the walkway [outside of] the rear exterior door. The defendant was not observed entering or exiting the apartment building through the rear exterior door. The CI was kept under surveillance until [he] met … Gracia at a predetermined location where the CI provided … Gracia with a quantity of what” was later determined to be cocaine. “The CI stated that [he] purchased the cocaine from the defendant inside [the latter’s] first-floor apartment. The CI was again searched and determined to be free of money and contraband.” Based on the controlled buy, Gracia procured a warrant to search the defendant’s apartment. During the search, the police found drugs and drug paraphernalia, which led to the return of an indictment charging the defendant with trafficking in cocaine. The defendant filed a motion to suppress the seized items on the basis that the police affidavit in support of the application for a warrant did not establish probable cause. The judge allowed the motion, on the ground that under the Aguilar–Spinelli test, the affidavit failed to establish the CI’s veracity. The Commonwealth appealed.

In its decision, the Appeals Court noted that because “[t]he affidavit submitted to the magistrate indicated that the CI was a first-time, confidential police informant, … the statements made by the CI contained in the affidavit, standing alone, [were] insufficient to satisfy the veracity prong of the Aguilar–Spinellitest. However,” stated the Court, “‘a properly monitored controlled purchase of illegal drugs provides sufficient corroborating evidence to overcome any shortfalls in meeting the constitutional reliability requirements imposed on confidential informants.’ [Commonwealthv.] Figueroa, [74 Mass. App. Ct. 784,] 787-788 [2009].” Here, in the Court’s view, “the information provided by the CI, along with information gathered by the police, as set forth in the affidavit in support of the search warrant [application], established probable cause.” This was so, despite the fact that the police “fail[ed] to comply with one of the … investigatory steps customarily associated with a controlled buy”: “the CI was not directly observed entering or exiting the building.” Despite this defect, “the police observation of the CI walking toward the door to the building and then a few minutes later walking away from that area and turning over a quantity of drugs, when coupled with the other facts, was sufficient to support the magistrate’s conclusion that the CI was credible.” Indeed, noted the Court, “[i]n cases involving a controlled buy of drugs from a seller who is located inside a multiunit building, we do not require that the police observe the informant enter the particular apartment where the transaction is reported to have occurred in order to demonstrate the reliability of the informant.”

If you or a loved one is charged in a case involving evidence obtained as a result of a confidential informant, it is extremely important that you have an attorney who knows how to mount a challenge to the admissibility of this evidence. Although the court’s decision in this particular case is disappointing, a skilled attorney will be able to distinguish this case from the facts of your case and therefore ask the court to come to a different conclusion. Attorney Daniel Cappetta is such a skilled attorney – call him for a free consultation today and put his expertise to work for you.