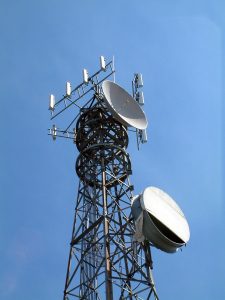 The Appeals Court recently issued a decision, Commonwealth v. Fredericq, relating to the cell site location information (CSLI). In its decision, the Court reversed in part and affirmed in part the trial court judge’s order suppressing evidence procured by the police by means of their warrantless tracking of CSLI data regarding the defendant’s cell phone.

The basic facts were as follows. A homicide investigation led to the return of a murder indictment against a man named Dorisca. In the course of looking for Dorisca, the police acquired information that his best friend (Cassio) and other men, including the defendant, were driving to Florida in a Toyota SUV to purchase drugs. In addition, the police acquired Cassio’s cellular telephone number. Believing that Dorisca might be travelling with Cassio and the others in the Toyota in order “to hide out in Florida,” the police “obtained an order pursuant to 18 U.S.C. §2703(d) … requiring the cellular telephone carrier to provide the records and the so-called ‘running location’ [CSLI] of [Cassio’s] telephone, going forward, to assist in finding Dorisca and to investigate Cassio…. The carrier ‘pinged’ the telephone at fifteen-minute intervals.” Each “ping” caused the telephone to communicate with the nearest cell tower, thus enabling the carrier to track the movements of the phone and relay that information to the police. In this manner, the police tracked the Toyota for six days, in the course of which it travelled to Florida and back to 220-222 Howard Street in Brockton. In addition to enabling the tracking of the Toyota, the information provided by the carrier indicated “that the defendant … was the subscriber of the cellular telephone that Cassio was … using” and that the billing address for his account was 220-222 Howard Street. The police went to that address, a multi-unit apartment building, “to look for Dorisca, to find and speak to the defendant, and to investigate the possible drug connection to the property.” The officers made their way to the attic of the building where there were several doors to private spaces, as well as an open crawl space. The defendant responded to the officers’ knocking on one of the doors. The defendant told the officers that he resided in that room. After the officers informed the defendant that they had tracked the phone for which he was the subscriber to Florida and back by means of the device’s CSLI, the defendant acknowledged his participation in the trip to Florida. He denied having any drugs in his room and gave the officers his consent to search the room. The officers found $2,200 in a cupboard. Later, they found two kilograms of cocaine in the crawl space. After the return of an indictment charging the defendant with trafficking in cocaine, he moved to suppress the drugs and money seized by the police, as well as his statements to the officers. The judge allowed the motion and the Commonwealth appealed on the ground “that the defendant [did] not have standing to challenge the search of the cellular telephone.”

In its decision, the Appeals Court ruled that “because the defendant was the registered owner of the telephone and the billing address was his, he had a possessory interest in the telephone sufficient to grant him automatic standing. He also had actual standing because his movements were being tracked when the telephone was pinged by the carrier during the trip he took with Cassio to Florida.” The Court opined that “[t]here … was a search in the constitutional sense. The defendant ha[d] a reasonable expectation not to be subjected to extended CSLI tracking by the government, even if he is merely a passenger in a vehicle controlled by the primary suspect.” The Court then proceeded to rule (1) that under the rationale of [Commonwealth v.] Augustine, [467 Mass. 230 (2014),] the warrantless procurement of the CSLI by the police was unlawful; and (2) “that the defendant’s consent to search [his room] was tainted by the police exploitation of the illegally obtained CSLI,” such that the defendant’s statements to the police and the cash found in his room were properly suppressed by the judge. The Court opined, however, that the cocaine did not have to be suppressed because it was found in the open crawl space, a common area in which the defendant did not have a reasonable expectation of privacy.

CSLI data can provide substantial information to the police about a person’s location, residence, and activities. Such information has the potentially to be extremely damaging evidence. If you or a loved one has a case where the police obtained CSLI data, it is crucial that you have an attorney who can review the data, determine whether there is a basis to challenge its admissibility, and cogently and persuasively execute such a challenge before the court. Attorney Daniel Cappetta is a skilled and experienced attorney who litigates his cases to the fullest. Call him for a free consultation today.