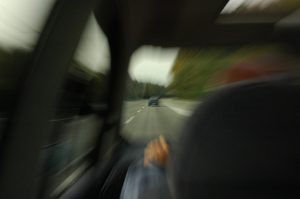 In Commonwealth v. Manha, the Supreme Judicial Court affirmed the defendant’s conviction of assault with a dangerous weapon. The SJC specifically ruled that the judge properly denied the defendant’s motion to suppress evidence seized by the police after stopping the defendant’s vehicle pursuant to a 911 call from a motorist reporting a road rage incident.

The basic facts were as follows. “According to the 911 caller, an individual in another motor vehicle had pointed a gun at her as she traveled southbound on Route 93 in Boston. She described the gunman as a white male in his forties who was wearing glasses. She further provided a description of his vehicle, a gray Jeep Cherokee, along with its registration number, location, and direction of travel. Based on this information,” which was disseminated by radio, a state trooper located the Jeep and stopped it. Other troopers arrived at the scene and the defendant was removed from the vehicle. “A patfrisk of [his] person revealed no weapons.” The police then performed a protective sweep of the interior of the Jeep, in the course of which they found a black case. Upon opening the case, they discovered “a pellet gun in the shape of a hand gun.” After the return of the indictment against the defendant, he filed a motion to suppress the pellet gun, claiming “that the police lacked probable cause to stop him.”

In its decision, the SJC “conclude[d] that, in these circumstances, the information that the police possessed gave them reasonable suspicion to stop and perform a protective sweep of the defendant’s motor vehicle, and that, given the officers’ safety concerns, reasonable suspicion was all that was required.” The Court explained that where an officer “stop[s] a vehicle based on the information received via a police radio broadcast, the Commonwealth must show the particularity of the vehicle’s description and indicia of reliability of the broadcast information…. Here, the broadcast contained sufficient particularity of the defendant’s vehicle’s description (including its make, model, color, and registration number) and of the gender and age of the driver…. To determine whether the transmitted information provided by [the] 911 caller [was] sufficiently reliable to support reasonable suspicion, we apply the two-pronged Aguilar–Spinelli test; that is, we look to the caller’s basis [of] knowledge as well as the veracity of the source of the information…. In this case, the basis of knowledge test [was] satisfied where the 911 caller reported her firsthand observations (and was, in fact, the victim of the alleged assault)…. Establishing the veracity prong where an anonymous 911 caller [was] involved [was] less straightforward, as no evidence regarding … her past reliability or honesty … [was] available.” “Nevertheless, a combination of factors made [her] call reliable under the reasonable suspicion analysis…. First, the … caller was the alleged victim of the assault, and stayed on the line while the information was relayed to the trooper on patrol. A 911 caller who is willing to stay on the line after reporting a crime perpetrated against her is likely willing to be identified. A caller who is making a false report is less likely to prolong his or her exposure to charges by remaining on the line with law enforcement…. Second, the trooper was able to corroborate details provided by the caller prior to the stop, including the make, model, color, and registration number of the vehicle, and the driver’s race and gender…. Finally, the caller reported that a fellow motorist pointed what appeared to be a firearm at her. ‘The gravity of the crime and the present danger of the circumstances may be considered in the reasonable suspicion calculus.’ [Commonwealth v.] Depina, 456 Mass. [238,] 247 [2010]. Given the reported assault with a firearm, ‘the police would have been remiss had they not conducted an investigative stop of [the defendant’s] vehicle.’ [Commonwealth v.] Anderson, 461 Mass. [616,] 625, [cert. denied, 568 U.S. 946 (2012)].”

If you or a loved one is charged in a case involving evidence obtained as a result of an anonymous reporter, it is extremely important that you have an attorney who knows how to mount a challenge to the admissibility of this evidence. Although the court’s decision in this particular case is disappointing, a skilled attorney will be able to distinguish this case from the facts of your case and therefore ask the court to come to a different conclusion. Attorney Daniel Cappetta is such a skilled attorney – call him for a free consultation today and put his expertise to work for you.