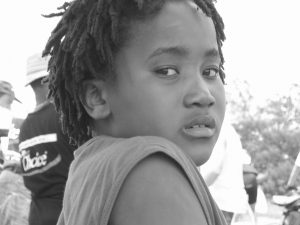 In Commonwealth v. Rosa (http://www.socialaw.com/services/slip-opinions/slip-opinion-details/commonwealth-vs.-michael-c.-rosa), the Appeals Court ruled that the evidence at the defendant’s bench trial — on a criminal complaint charging him with assault and battery by means of a dangerous weapon (shod foot) –“was sufficient to support the judge’s finding that at least one of the parental discipline defense prongs was disproved beyond a reasonable doubt.”

The background was as follows. The defendant entered a CVS store with the victim, his five year old daughter. At some point, the victim began to run around the store; she “was laughing and hiding from the defendant.” In response, the defendant yelled and cursed at her. Later, as the defendant stood in the checkout line, “he saw his daughter by the front doors, hiding near the metal detectors. He did not pursue her, and she approached him.” When she “grabbed his legs,” “[h]e shoved her in her chest with his hand, causing her to take a step or two to regain her balance.” He “warned his daughter to stay away from him, telling her, ‘[G]et the fuck away from me. Trust me, you don’t want to fucking be near me right now.’ His daughter came toward him again. In response, the defendant lifted his foot and kicked his daughter in the chest, knocking her to the ground.” After the defendant completed his purchase, he and the victim left the store. A “CVS employee called the police to report the incident, and two police officers stopped the defendant shortly thereafter.” When they “asked him why he had kicked his daughter,” he “answered, ‘I don’t raise pussies,’” by which he meant “that he did not want to raise his children to be victims of bullying.” At his trial on a charge of assault and battery by means of a dangerous weapon (shod foot), the defendant invoked the affirmative defense that his “conduct was protected by the parental privilege defense.”

As established in Commonwealthv. Dorvil, 472 Mass. 1, 12-13 (2015), “[t]he privilege provides that no criminal liability will attach to a parent’s use of force against his or her child as long as ‘(1) the force used against the minor child is reasonable; (2) the force is reasonably related to the purpose of safeguarding or promoting the welfare of the minor, including the prevention or punishment of the minor’s misconduct; and (3) the force used neither causes, nor creates a substantial risk of causing, physical harm (beyond fleeting pain or minor, transient marks), gross degradation, or severe mental distress.’ Id. [at 12]…. As is the case with other affirmative defenses, ‘the Commonwealth bears the burden of disproving at least one prong of the defense beyond a reasonable doubt.’ [Id.] at 13. In his testimony at trial, the defendant “stated that he was concerned about his ‘daughter getting kidnapped’” and “that he ‘realized that the only way to get my daughter to stay by my side was to use a little reverse psychology.’ Later, however, he admitted that by the time he kicked her, he ‘wasn’t in fear that she was going to be kidnapped,’ and he did not even ‘want her close by [to him].’” The judge found the defendant guilty of assault and battery by means of a dangerous weapon (shod foot). “On appeal, the defendant argue[d] that the Commonwealth presented insufficient evidence … to disprove his parental privilege defense beyond a reasonable doubt.”

In its decision, a majority of the Appeals Court panel ruled that “there was sufficient evidence for the judge to find [that] the Commonwealth had met its burden with regard to prong two [of the parental discipline defense], rejecting the defendant’s stated legitimate purpose for his conduct.” “In light of the defendant’s admission that his purportedly legitimate parental purpose [his daughter’s safety] was a pretext, the judge could reasonably have found that the defendant’s decision to kick his daughter was wholly unrelated to the purpose of safeguarding or promoting the welfare of the minor.”

If you or a loved one has been similarly charged, it is crucial that you have an attorney who understands the legal defense of parental discipline and who will be able to accurately and persuasively present such a defense to the court and to a jury.  Attorney Daniel Cappetta is well versed in this area of the law and always fights zealously to defend his clients to make sure they get the best outcome possible.  Call him for a consultation today.