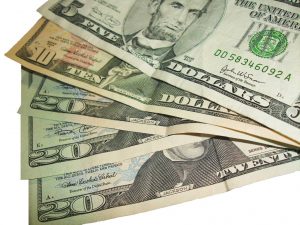 The Supreme Judicial Court affirmed the defendant’s conviction of deriving support from prostitution in Commonwealth v. Brown, ruling that the statute (G.L. c.272, §7) is not unconstitutionally vague.  The Court also ordered modifications to the model jury instructions for use in future prosecutions.

The background was as follows. The defendant “accompanied a woman to a prearranged prostitution transaction and was caught [by the police], immediately after leaving the scene with that woman, with the entire proceeds of the transaction hidden in his shoe.” He was charged with deriving support from prostitution under G.L. c.272, §7. The statute provides for punishment of “[w]hoever, knowing a person to be a prostitute, shall live or derive support or maintenance, in whole or in part, from the earnings or proceeds of [that person’s] prostitution.” “Historically, ‘pimps’ have been understood to be the objects of this prohibition, although no definition of … ‘pimp’ … has ever appeared in the statutory text.” On appeal from his conviction, the defendant “[c]laim[ed] that, without further clarification, the language of [the] statute is unconstitutionally vague and that he suffered prejudice from jury instructions tracking such language.”

In its decision, the SJC concluded that G.L. c.272, §7, is not unconstitutionally vague, even though it does not “expressly require,” as a prerequisite for conviction, an “intent to profit from the prostitution of another.” The Court stated that it construes the statute to target pimps, i.e., “those who, with the intent to profit from prostitution, live or derive support or maintenance from, or share in the earnings or proceeds of, the known prostitution of others.”

Regarding the defendant’s challenge to the jury instructions, the SJC “discern[ed] no prejudicial … error” in this case stemming from the lack of an instruction on intent to profit from prostitution. In the Court’s view, the instruction given by the judge (Criminal Model Jury Instructions for Use in the District Court 7.140) “required the jury to determine that another person engaged in prostitution, the defendant knew that the other person was engaged in the prostitution, and the defendant received the proceeds from that prostitution…. The common understanding of this language would be that it targets pimping, and the factual scenario here did not present concerns about innocent activity [such as a medical professional’s provision of counseling services to a prostitute] that might otherwise meet the literal language of the statute.” The Court decided, however, that in order “to avoid prosecution … for [innocent] conduct” under the statute, the model jury instruction “should be expanded prospectively” to include statements (1) that the “statute makes it a crime to engage in ‘pimping,’ that is, knowingly and intentionally profiting from the prostitution of another”; and (2) that “[t]he Commonwealth must prove beyond a reasonable doubt that the defendant … had knowledge of, and intended to profit from, this person’s prostitution.”

Although the defendant did not prevail in this particular case, the arguments made by the defendant’s appellate attorney are important ones and show an ability to creatively think outside the box and push the current parameters of the law. If you or a loved one is charged with a criminal offense, it is critically important for you to have an attorney who will do the same for your case.  Attorney Daniel Cappetta is such an attorney – he zealously advocates for all his clients, at every state of the litigation.  Put his expertise for you and call him for a free consultation today.