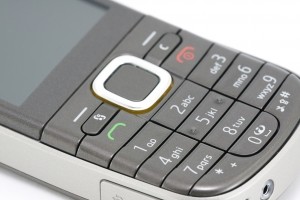 The Appeals Court reversed the defendant’s conviction of domestic assault and battery on a family or household member in Commonwealth v. Wilson because the admission of testimonial out-of-court statements by the complainant, who did not testify at trial, violated the defendant’s right to confrontation.

The background was as follows. At the defendant’s trial, the complainant (the defendant’s wife) “assert[ed] spousal privilege and … decline[d] to testify.” In lieu of the wife’s testimony, the judge admitted a recording of a 911 call made by her and the testimony of a police officer (Barnes) who, in response to the 911 call, went to the marital home and spoke to her. During the 911 call, the defendant’s wife “stat[ed] that [the defendant] ‘choked [her] out,’ and that he said he would be back in fifteen minutes to kill her.” Barnes testified that when he spoke to the defendant’s wife, she reiterated “that the defendant left the premises and said that he would be back in fifteen minutes to kill her…. Barnes then testified, ‘I asked her to give me the rundown of exactly how it happened.’ He continued as follows: ‘[She said that] [h]er husband came home, and he was extremely upset … that he had seen a picture of her with a friend that he thought to be a drug addict. He accused her of being a drug addict…. He attempted to strangulate her and stick her head into a pill (sic) and suffocate her. He then went upstairs. He grabbed a handful of pills, tried to shove them down her throat, and said[,] ‘If you want to be a drug addict, I’m going to make you a drug addict.’” On appeal, the defendant argued that the judge erred in admitting his wife’s 911 call and Barnes’s testimony.

In its decision, the Appeals Court ruled that the 911 call “was admissible in evidence without testimony by the [defendant’s wife], but that most of her brief conversation at the scene with Officer Barnes shortly thereafter was not.” The Court noted that “[i]n circumstances in which the Commonwealth offers out-of-court statements made by a declarant who does not testify at trial, both the rule against hearsay and the confrontation clause come into play and require a ‘two-step inquiry.’ Commonwealthv. Simon, 456 Mass. 280, 295 (2010).” Regarding the 911 call, the Court concluded that its admission (1) did not violate the rule against hearsay because the statements by the defendant’s wife qualified as excited utterances; and (2) did not violate the Sixth Amendment’s Confrontation Clause because the wife’s statements were nontestimonial –i.e., their “‘primary purpose [was] to enable police assistance to meet an ongoing emergency[,]’ Davis[v. Washington,] 547 U.S. [813,] 822 [2006]” — rather than testimonial, i.e., intended primarily “‘to establish or prove past events potentially relevant to later criminal prosecution.’ [Id.]”