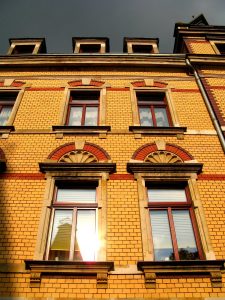 In Commonwealth v. Owens, the Supreme Judicial Court agreed with the dissenting justice on the Appeals Court panel below and ordered suppression of “evidence discovered when police officers ‘froze’ a house while they obtained a warrant.”

The basic facts presented at the hearing on the defendant’s motion to suppress were as follows. “A team of Boston police officers believed … that a particular house … was being used for prostitution. The building was at least a two-family dwelling, and the owner, Farhad Ahmed, lived in an apartment on the first floor. The police officers were informed that a woman known as ‘Cinnamon’ worked there as a prostitute. One of the officers, posing as a prospective customer, made contact with Cinnamon, who … described the services she offered, arranged to meet him, and gave him the address of the house. The officer arrived at the house and entered. Ahmed was present in the first-floor common hallway. The … officer was aware that Ahmed rented out one or more of the rooms on the second floor for twenty dollars per two hours.” The police did not have probable cause to believe that drugs or alcohol were being sold at the house. “Cinnamon asked the officer for twenty dollars. On the pretext of getting his wallet from his motor vehicle, the officer opened the door and signaled other police officers to enter. They arrested Cinnamon and Ahmed.

Because the officers had seen other people enter the house and because they believed that a search warrant would be sought, they decided to ‘freeze’ the house, meaning to remove all occupants from it. One officer, hearing a noise from the second floor, ascended the stairs. In a second-floor room, he found the defendant, who was sitting in front of a black plate on which there was a white powder and holding a pipe of a type used to smoke ‘crack’ cocaine. The substance and related items were seized later, when a search warrant was obtained and executed.” The judge allowed the defendant’s motion to suppress and the Commonwealth appealed, arguing “that the suppression order was improper because, among other reasons, the police officers were justified in conducting a warrantless search of the house, including the second floor, to prevent the loss or destruction of evidence.”

In its decision, the SJC stated, “‘[P]olice officers who secure a dwelling while a warrant is being sought in order to prevent destruction or removal of evidence may not enter that dwelling, in the absence of specific information supporting an objectively reasonable belief that evidence will indeed be removed or destroyed unless preventative measures are taken.’ [Commonwealthv.] DeJesus, 439 Mass. [616,] 621 [2003].” The record here does not satisfy this standard. At the time the police officers decided to freeze the house, they knew only that [it] was being used for prostitution and that there were other people [on the premises], including on the second floor. However, there was a dearth of testimony supporting a reasonable belief that the house contained physical evidence that was at risk of loss or destruction.”