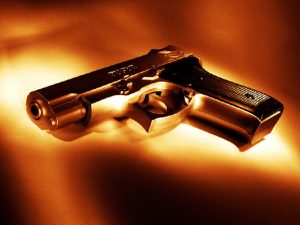 In Commonwealth v. Santiago, the Appeals Court reversed the denial of the defendant’s motion to suppress items seized from the vehicle in which he was a passenger, because the show of force by the police during the stop of the vehicle “was sufficiently significant to convert the stop to an arrest,” for which there was no probable cause.

The basic facts were as follows. A “confidential informant told police that the defendant was selling cocaine and was ‘involved with firearms.’” The police ascertained that the defendant had a prior conviction of a firearm offense. “Based on the informant’s report that the defendant would be traveling to Lynn to pick up cocaine,” the police initiated surveillance of the defendant. “During the course of the surveillance, officers observed the defendant, along with three other men,” travelling in a GMC vehicle. “The defendant was seated in the right rear passenger’s seat. The surveillance team followed the GMC surreptitiously” in unmarked vehicles. At some point, the GMC “suddenly more than doubled its speed…. Believing that the GMC’s occupants had detected the surveillance, officers decided to stop the [vehicle].” After the GMC pulled over, four “police cars moved in around the [vehicle], effectively boxing it in. Four or five officers simultaneously approached the GMC’s four doors, yelling for the occupants to raise their hands. At least two of the officers had their guns drawn. As one officer neared the GMC, he observed the defendant … reach forward, pull open the seat-back pocket in front of him, and stuff an object into it. Suspecting that the defendant had attempted to conceal a firearm, the officer opened the left rear door…. He observed a firearm in the seat-back pocket in front of the defendant.” Officers seized the firearm, a loaded revolver. “The defendant was arrested and searched, and just under $5,500 in cash was found on his person.” After the return of indictments charging the defendant with firearm offenses, he filed a motion to suppress the items seized during the stop of the GMC. The motion was denied. The defendant was convicted as charged. On appeal, “[h]e maintain[ed] … that his motion to suppress was improperly denied because” “police conduct during the stop [of the GMC] — including boxing the vehicle in and approaching with guns drawn — escalated the encounter to an arrest, for which probable cause was lacking.”

In its decision, the Appeals Court, “acknowledg[ing] that the question here is close,” agreed with the defendant’s argument. The Court stated, “Whether a police seizure has been transformed into an arrest ‘depends on the proportional relationship of the degree of intrusiveness on the defendant to the degree of suspicion that prompted the intrusion.’ Commonwealthv. Willis, 415 Mass. 814, 819 (1993).” In the Court’s view, the police response here (boxing in the GMC and approaching with guns drawn) was disproportionate to the degree of suspicion harbored by the police. An “‘approach with drawn guns is generally thought excessive in the absence of any suggestion that the defendant is armed or other circumstances suggesting the possibility of violence.’ Commonwealthv. Fitzgibbons, 23 Mass. App. Ct. 301, 308 (1986).” The officers did not “‘testify that they feared for their safety … at the time they approached the [GMC]….’ [Commonwealthv.] Bottari, 395 Mass. [777,] 782 [1985]).” They “had not observed any furtive conduct by the defendant or his companions” and “were not outnumbered.”

If you or a loved one is in a situation where the police obtained evidence against you as the result of a seizure and subsequent search, you will need an attorney to fight to suppress that evidence. Attorney Daniel Cappetta is an experienced and skilled attorney who has litigated numerous motions to suppress.  Call him today for a free consultation to determine whether you have a strong motion that should be litigated.