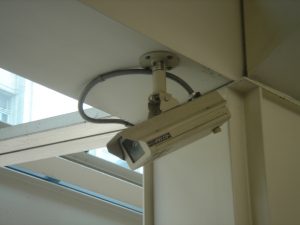 In a recent decision, Commonwealth v. Connolly, the Appeals Court ruled that testimony from a police officer describing a video that he watched, but that the Commonwealth failed to produce in discovery, should not have been admitted.  In reversing the defendant’s conviction of assault and battery under G. L. c. 265, § 13A, the Court ruled that the Commonwealth (1) failed to authenticate the contents of the videotape and (2) failed to lay a sufficient foundation for admission of the officer’s identification testimony.

The background was as follows. “[S]ome sort of incident occurred between the defendant and the victim [a woman named White] at an apartment building.” Officer Giardina was dispatched to the scene of the incident “where he spoke with both White and the defendant. He observed that White was ‘elderly.’…. The defendant told the officer that he had been in the community bathroom … and accidentally bumped White over when he opened the bathroom door. The officer did not arrest the defendant because ‘it appeared that it was an accident.’ About a month later, … Giardina returned to the apartment building and spoke again with the defendant. This time, the defendant admitted that he and White ‘had a small argument’ before going their separate ways. The defendant also admitted that he made contact with White twice: first, when he knocked her over with the bathroom door, and second, when he bumped into her in the hallway. According to the defendant’s description of this second incident, after he ‘walked down the hallway and came back,’ he ‘was turned around looking away from [White]’ when ‘she came up behind him’; at that point he ‘quickly turned around,’ ‘didn’t realize she was there,’ and ‘just threw his hands up to stop her and knocked her down.’ That same day, … Giardina met with [a man name] Crouse, who he ‘believe[d] … was one of the building supervisors.’ The officer testified, over the defendant’s objection, that Crouse showed him ‘video of the incident.’ [Giardina] then described the contents of the video, again over the defendant’s objection, as follows: ‘In the video you can see Mrs. White going to the bathroom door. The door swings open. You see Mrs. White go into the bathroom and then she comes out from the bathroom and you also see Mr. Connolly come out from the bathroom. They go their separate ways…. Mr. Connolly was walking away from the bathroom. Mrs. White was still by the bathroom door…. [I]t appears that they’re having some sort of shouting match. And then Mr. Connolly walks back towards Mrs. White and shoves her to the ground.’” In his appeal, the defendant argued “that the officer’s testimony should not have been admitted [1] because the Commonwealth failed to authenticate the video; and [2] [because] the officer’s identifications of the defendant and White constituted inadmissible lay opinion testimony.”

In its decision, the Appeals Court ruled that for the reasons cited by the defendant, “[t]he admission of the officer’s testimony was … an abuse of discretion.” Regarding the defendant’s first claim, the Court stated “that, in order for Officer Giardina’s testimony about the contents of the missing video to be admissible, the Commonwealth first had to lay sufficient foundational facts to demonstrate, by a preponderance of the evidence, that the video was a genuine representation of the events that occurred on the night [in question]…. The Commonwealth came far short of meeting that burden…. [It] presented no evidence identifying the date and time of the video or the place shown in it. It did not call Crouse to testify about the surveillance procedures in the building … or about the circumstances that led him to view the video, and show it to the officer, over one month after the incident. Moreover, despite common knowledge that video images, particularly digital images, can be manipulated, the Commonwealth presented no evidence about how the video material was stored during the intervening month between the incident and the officer’s viewing.”

Regarding the defendant’s second claim, the Appeals Court stated that “the Commonwealth failed to lay an adequate foundation” “to enable the jury to make their own findings about the accuracy and reliability of the officer’s identifications” of the defendant and White as the people he observed on the lost videotape. “[T]he officer provided no testimony at all explaining how he could positively identify White and the defendant as the individuals on the video. He did not describe the physical characteristics of either individual, and … he provided no details about the quality of the video and whether it was good enough to enable him to make an identification.” Therefore, the officer’s “opinion was not helpful to the jury.” Because his “testimony usurped the jury’s role as the finder of fact, … it should not have been admitted.”

Attempts by the prosecution to use video surveillance in criminal cases are becoming more and more common.  There are, however, several different ways to challenge the admission of such surveillance.  If you or a loved one is charged in a case that involves video footage, you, like the defendant in Connolly, will need a skilled defense attorney to fight on your behalf to exclude such evidence.  Attorney Daniel Cappetta is an experienced defense attorney who knows how to think outside of the box, providing thoughtful and creative defenses to his clients.  Call him for a free consultation.