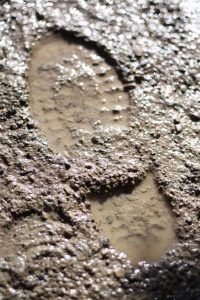 In affirming the defendant’s conviction of voluntary manslaughter in Commonwealth v. Franceschi, the Appeals Court ruled that although the judge erred in admitting an accident reconstruction expert’s testimony about a shoe scuff that was not shown to be scientifically reliable, the error was not prejudicial.

The background was as follows. The victim was killed as she was walking across a street and was struck by the defendant’s motor vehicle. The day before the fatal collision, the victim and a friend visited Rosario’s Mini Market where they conversed with the owner (Orlando). “[T]he defendant entered Rosario’s and began criticizing Orlando, whom she was dating at the time, for talking to the victim and her friend…. [T]he defendant gave [the victim and her friend] dirty looks and referred to them as “nobodies and whores.” The next day, the victim again planned to visit Rosario’s to talk to Orlando. As she was crossing the street near the store, the defendant arrived in her vehicle and struck the victim, fatally injuring her. The Commonwealth’s case included the testimony of an accident reconstruction expert (Laviolette) that a “particular mark left in the middle of the road … was a scuff mark from the victim’s shoe (also known as a shoe scuff), and opined that … it represented the approximate point of impact between the victim and the defendant’s vehicle.

Prior to the trial, “[t]he defendant [had] filed a motion in limine to exclude this portion of Laviolette’s proposed testimony, which the judge denied after a hearing pursuant to Commonwealth v. Lanigan, 419 Mass. 15, 25-27 (1994), regarding the reliability of the evidence. At the hearing, Laviolette stated that his conclusion that the mark on the road “look[ed] like a shoe scuff” was based on his training and experience. But he could not describe what properties of the mark established that it came from a shoe in general or the victim’s shoe in particular. “When the judge … asked of Laviolette, is there a body of scientific evidence that you have studied regarding interpretation of scuff marks off the road, Laviolette responded, It’s something that they do ask you to look for. It’s discussed among the accident reconstruction community.”

Although Laviolette repeatedly testified that the mark came from a shoe, he could give no explanation for why it might not have come from another object, such as a snowplow. “When asked … what scientifically acceptable way” enabled him to tell whether the mark was left during the incident, he responded, “Again, it comes from my training and experience of seeing these marks…. [T]hat’s something I’ve seen before.” Laviolette testified that he was not aware of any studies related to the identification of shoe scuffs. In his appellate challenge to the judge’s admission of Laviolette’s testimony, “the defendant argue[d] that Laviolette’s opinions … rested on no methodology, much less a reliable one.”

In its decision, the Appeals Court stated, “We agree with the defendant that Laviolette did not articulate a methodology that is sufficiently reliable to satisfy the Lanigan standard. His testimony that it looked to him like a shoe scuff simply states his conclusion…. Asserting [that] one is trained, without explaining the methodology in which one was trained, is not enough…. In the absence of any explanation of how he identifie[d] the mark as a shoe scuff, Laviolette’s circular statement that he has seen such marks before at accident scenes, with its implication that this one looked like the others, is not an explanation of methodology.” The Court concluded that “[th]e evidence at the hearing was thus insufficient under Lanigan to support a determination that Laviolette reliably applied a reliable method in determining that the mark on the road was a shoe scuff. The judge therefore erred in allowing Laviolette’s testimony on shoe scuffs.” Nonetheless, in the Court’s view, the error was not prejudicial because “the purported scuff mark … was somewhat of a sideshow [at the trial], with the critical question being whether the defendant attempted to stop.”

If you or a loved one is charged in a criminal case that involves expert forensic testimony, you will need an attorney to make sure improper evidence is not admitted against you at trial. Attorney Daniel Cappetta is well versed in criminal and evidentiary law and always makes sure his client’s rights and objections are protected and preserved.  Call him today and put his expertise to work for you.