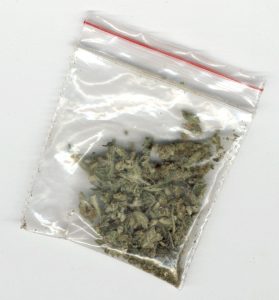 The Appeals Court’s recent decision in Commonwealth v. Martin reversed the denial of the defendant’s motion to suppress evidence seized by the police after they made a warrantless entry into a residence “while chasing the defendant, who [had] fled … during a stop for a civil infraction of marijuana possession.”

In its decision ordering suppression, the Appeals Court made two preliminary rulings prior to its dispositive ruling on the officers’ hot pursuit of the defendant into his residence. First, the Court rejected the defendant’s contention that the initial seizure — when Beliveau ordered the defendant to get back into the car — was unconstitutional. “While the defendant correctly asserts that there was no reasonable suspicion for his possession of a criminal amount of marijuana, there was overwhelming evidence of civil marijuana possession,” i.e., the plume of smoke and the odor of marijuana. “Accordingly, the police could lawfully detain the defendant long enough to issue a citation and confiscate the marijuana.” The Court’s second preliminary ruling rejected the defendant’s contention “that the length and nature of the stop was longer and more intrusive than necessary for the issuance of a civil citation” for marijuana possession. The Court stated that although Beliveau engaged the defendant and the passenger in a series of questions unrelated to the issuance of a citation for marjuana possession, the questioning did not “result[] in unreasonable delay” where it “produced no incriminating evidence and was brief.” Turning “to the chase [in hot pursuit] that led to the warrantless entry into the residence,” the Court noted that “[t]he Commonwealth [bore] the ‘heavy burden,’ in the absence of consent, of justifying a warrantless entry by establishing both probable cause [to believe that a jailable crime was committed] and exigent circumstances. [Commonwealth v.] Jewett, [471 Mass. 624,] 628 [2015].” Here, stated the Court, the Commonwealth failed to establish either probable cause or exigency.

Despite the fact that the citizens of Massachusetts voted possession of less than an ounce of marijuana into a civil infraction, law enforcement continually attempts to use such possession as a basis for stopping and searching individuals. If you or a loved one is charged with a criminal offense that arose after police officers attempted to detain or search you in relation to possession of less than an ounce of marijuana, you will need a skilled attorney to make the appropriate arguments to the court on your behalf. Attorney Daniel Cappetta is such an attorney – he has successfully raised such arguments for his clients numerous times. Put his expertise to wok for you and call him for a free consultation today.