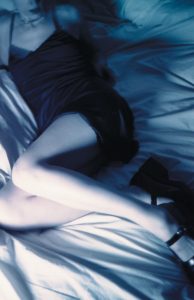 The Appeals Court vacated the dismissal of the plaintiff’s complaint that sought a G.L. c.209A abuse prevention order in M.G. v. G.A., because the trial court judge erroneously found that the parties’ conduct at the critical juncture did not constitute “sexual relations.”

The background was as follows. “[T]he plaintiff, M.G., filed a complaint for an abuse prevention order against the defendant, G.A., pursuant to G.L. c.209A…. An evidentiary hearing on the matter was … held…. Viewing the evidence in the light most favorable to the plaintiff, the judge could have found the following facts. The plaintiff and the defendant began dating in … 2012[] and purchased a condominium together by the end of 2013. In … 2015, the defendant moved out of the condominium, but the parties continued to have sexual relations. In December [of that year,] the defendant initiated a consensual sexual encounter with the plaintiff. The parties engaged in ‘genital-to-genital contact’ as well as ‘finger-to-genital contact.’ At some point during the sexual encounter, the plaintiff stated, ‘I’m done, I’m tired’ while the defendant was physically on top of her. She told the defendant at least twice that she ‘did not want to be doing this.’ The defendant stated ‘that he wanted to finish.’ The defendant then masturbated to ejaculation while remaining physically on top of the plaintiff.” At the close of the plaintiff’s case, the defendant moved for a directed finding that the evidence did not justify issuance of an abuse prevention order. “The judge allowed the motion [and dismissed the complaint], concluding that the plaintiff failed to prove that the defendant caused her to ‘engage involuntarily in sexual relations by force, threat or duress [G.L. c.209A, §1(c)],’” one of the predicates for issuance of an order, “because the parties were no longer engaging in sexual intercourse after the plaintiff said she was ‘done’ and ‘tired.’ Rather, the judge reasoned, ‘the most it could have been was an assault and battery at that point in time.’” On appeal, “[t]he plaintiff argue[d] … that the term ‘sexual relations’ as used in G.L. c.209A, §1, should not be so narrowly construed.”

In its decision agreeing with the plaintiff, the Appeals Court noted that “[t]he term ‘sexual relations’ is not further defined in G.L. c.209A, nor has it been clearly defined by [the
Appeals Court] or the Supreme Judicial Court. It is, however, broadly defined in G.L. c.268, §21A, which criminalizes sexual relations between employees of correctional institutions and inmates, as ‘intentional, inappropriate contact of a sexual nature, including, but not limited to [enumerated sexual offenses prohibited by various statutes].’ In the context of G.L. c.209A, we do not believe that the Legislature intended to define ‘sexual relations’ so narrowly as to encompass only acts of sexual intercourse, where the statute seeks to protect victims from further sexual abuse and where it has been defined broadly in another chapter of the General Laws…. The evidence, taken in the light most favorable to the plaintiff, was sufficient for the fact finder to conclude that the defendant caused the plaintiff to engage involuntarily in sexual relations.” The Appeals Court further concluded “that the defendant’s remaining physically on top of the plaintiff and masturbating to ejaculation after she said, ‘I’m done. I’m tired’ was sufficient to establish the element of force as it appears in G.L. c.209A, §1(c).”